Death at a funeral 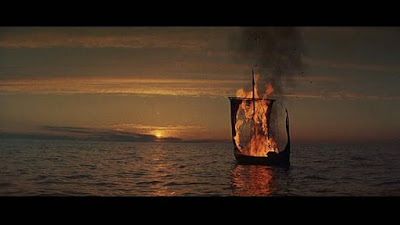 I attended a funeral today. Well not really. When we arrived the deed had been done and the deceased had already been rendered unto ash.

What I attended was a celebration of life. The dour bit had gone and his friends and extended family were all there to say goodbye to a good and well-loved man. No religious sentiment here; a truly secular affair. So on a sunny and windy day just north of in a venue beautifully supported by the back drop of the wild (surely an oxymoron) I came to say goodbye. A series of poignant but upbeat speeches ensued. Not morbid, but soberly reflective on a man with a wicked and constant sense of good humour. Bruce's grandson (for it is he) made a great impression on me. If we leave anything behind it is our offspring. Here was a good young man; the spawn of another. Also, no one mentioned his passing but boldly stated that he had died. The Kiwis are the most practical and sensible people on earth and eschew religion in all its guises. Tis one of the many reasons I love living in .

The Kiwis are not great at expressing emotion and not easily moved to tear. But on that day, I caught a few silent sobs. Not me though, I'm tough and anyway my contact lenses were playing up that day.

Characteristically of the daft old bugger he wanted a 'pre-funeral' so he could be there to hear what was said about him. Also, characteristically, he decided to hang around for his daughter's wedding. Although desperately sick he walked his daughter down the aisle. Two weeks to the day, he was dead.

As I talked to a few friends and shared our reminiscences, a couple of us recalled his earlier wish of receiving a Viking funeral. Looking out of the window of the 'Yacht Club', I could see his body ensconced on a longboat. Covered in pitch and tar, the sail would take Bruce's body out into the ocean whilst bowmen sent flaming arrows into the boat. And so it would sail, burning into the sunset. Sadly, on this day the waves were high and the prevailing wind was onshore and thus, the badly burnt corpse would have been tossed unceremoniously on the jagged rocks. Probably best he was cremated then.

The proceedings finished with a bugler playing: 'Last Post'. Moving and incredibly sad.

I'm not getting younger and I'm starting to attend more funerals than is good for anyone. I remember attending funerals for my grandparents and dad. But now I'm attending the funerals of my friends. Tis a reminder of my own mortality. But as one cheery soul told me: ''If I'm blessed/cursed with a long life, eventually the funerals will cease''. Of course, there is always the last one where attendance is obligatory.

As he lay dying surrounded by family, Bruce said: "Be sad, but not too much and not too long". Basically, this sums up my dead friend in a kernel. He was about life. He knew that this life is all we get and he enjoyed it - although he did have a questionable taste in beer; I forgave him in death.

Sadly, I couldn't stay long as I had to be back to work. So I could not celebrate death with alcohol, which is the custom. However, later, once sequestered in my study, I will lift a glass or three to a good old mate.