After today New Zealand enters 'Alert Status 4'. Severe restrictions are in place and normal life and routine, as we know it, become, no more. These are unprecedented times and therefore it is difficult to predict how this situation will pan out, eventually.

As I write my immediate family, with one exception, are sequestered on the homestead. This includes Mrs. S; my daughter and her brood of two daughters (9years and 10months) and my daughter's partner. For now, my son and his girlfriend have decided to stay in Wellington city, although this may change. They are both welcome to stay with us and as we live in a four-bed single-story home we should be fine.

Work: normally I would work Monday and Tuesday, staying overnight Monday, with the boss. This arrangement is no longer tenable and instead, I'll work one long day (12 hours). Normally I catch the train to windy Wello, but for various reasons, I'm going to eschew this mode of transport. Consequently, I'll drive to and from work in one day which takes about four hours all told. I'll make up my hours working from home. One of our bedrooms is utilised as a study and so I'll be able to disengage from the family and family activities in order to obtain some peace and quiet. Clearly, this arrangement is not ideal but in the circumstances, it seems the best plan.

At the weekend a fellow archer came to the property to try out several different bow types. After some deliberation, he has decided to purchase a trilaminate English longbow with horn nocks. This is one of our more expensive bows and as the archer has paid upfront I'm sure he would like to obtain this wonderful specimen of the bowyers art as soon as possible. Posting the bow is out the question currently so it looks like I will have to transport the item personally. Not too much a problem as he lives about 40 minutes away by car.


I stated in an earlier post that I would be attempting to pen an article concerning the 'Corona Virus' from a technical and scientific perspective. Hopefully, I'll find time to start writing today and a finished piece will be ready and posted within a few days. Therefore, gather, be watchful, and await with bated breath the fruits of my endeavours as specified within the framework of the space-time paradigm and continuum. 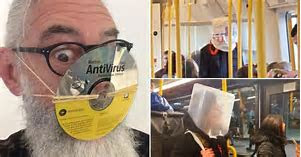 With just over 100 confirmed COVID-19 cases, New Zealand is about to enter 'Alert Status 4'. As from Wednesday the country will, for all intents of purposes, close down. None essential services will cease and none essential shops and outlets will close. Travel will be restricted and folk are asked to self-isolate as far as is possible.

On the home front: Flaxen Hall has gone into lockdown. The family has gathered and we will hunker down (I may be the exception) until normality resumes. The powers that be reckon that we will stay at status 4 for at least a month. After four weeks the situation will be reviewed. Extreme measures for extreme times. The plan is that viral transmission will be choked out, or more realistically, the infection rate will be reduced thus preventing the swamping of hospitals and ancillary services. And let us not forget the medical staff.

On the work front: already the laboratory staff have been split into two separate teams. Team One works Monday to Wednesday, while Team Two takes over on Thursday and continues to cover  Friday and Saturday. Each team puts in a 10 hour day. As I only work two days a week I have been unaffected by the new regimen. I suspect the plan will continue for now, although in the future our role as geneticists may change as staff members become sick, samples numbers decline and we are required to take on ancillary roles within the health service. It has already been mooted that we may become involved in COVID-19 testing. As far as I can see, testing is relatively simple and we have the necessary analytical machinery on site. Furthermore, we may be called upon to perform mundane, but highly important tasks, such as general orderly duties- only time will tell.


We certainly live in interesting times. So, to all my readers: keep well and look after each other.
Posted by Flaxen Saxon at 19:41 2 comments: 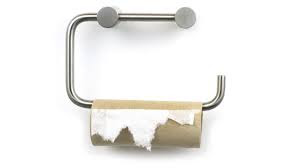 Okay, I'm willing to admit that I may have been a tad optimistic about this Corona virus thingy- me bad/mad. Although I still think that overreaction by the ill-informed public together with irrational behaviour and sheep mentality is still our biggest issue.

As for toilet rolls: The hoarding of toilet rolls is a behaviour that frankly baffles me. As a lad, I made do with newspaper. True, tis a little rough and not as absorbent as the fluffy scented stuff that currently assails anal orifices and environs, but it has the added bonus that when you photocopy your arse you not only have a facsimile of your nether bits, but you can also catch up on the news. By the way, the Romans used a sponge tied to a stick. Could catch on: please ensure the sponge is securely attached to prevent loss. It might send you into a state of permanent ecstasy.

Politicians are fools, for the most part, and so it seems are their advisors. Sadly, those attracted to a life of politics are usually unfit to serve for several reasons, but mainly because they are not very smart. First-class intellects are not attracted to this sort of thing.

Anyway, we haven't quite got to the urine drinking stage, yet, although in truth I've been drinking mine for years. Follow prudent advice and in the immortal words of Lance Corporal Jack Jones, "Don't panic".

I've added a link to a YouTube video. It is from a UK doctor and his sage advice is well worth assimilating.   https://www.youtube.com/watch?v=D_Vau7NDjQw 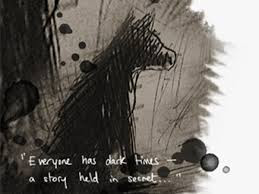 It may be known to my regulars, especially those who notice this sort of thing, that my postings have become sparse of late. This is due to a mundane cause and effect: I have been struggling with my physical and mental  (no shit, Flaxen) wellbeing of late. Luckily I have a wonderful, loving and supportive family that dispense succour and love, in measures commensurate with normality.  This is important as my grip/grasp on 'normal' is tenuous at best and sometimes I lose traction and descend into frank madness.

As things stand, I have not been infected with dat pesky coronavirus and if so afflicted I'm likely to survive as I have no comorbid factors contributing and abetting to my premature demise. That said, there is nothing certain in life, except death.

I am laying myself bare on my blog, as for the most part, I am conversing with strangers. I couldn't have this 'conversation' at work. Although my colleagues are well aware of my eccentricities, I endeavour to put on an air of professionalism. At times, the 'Black Hound' must remain in the pack. Ain't dat the sad truth.

Anyway, with time and perhaps a modicum of prescription medication, normal service will resume, unless it doesn't.

I would just like to share some brief thoughts and opinions on the coronavirus outbreak. Also, I would like to follow up with a post discussing the scientific aspects of the outbreak, such as genetics, modes of transmission and the laborious search for a vaccine. Although I am not a microbiologist, I do have some knowledge of viral biology and I think I should be able to comment, in a reasonably competent manner, at least on the biological aspects of the outbreak.

Since the virus's discovery in Wuhan, China (December 2019), the disease has travelled widely throughout the world. It appears to be highly contagious and produces pneumonia-like symptoms. The death rate has been 'determined' at about 1.4% to 2% and fatalities are mostly among the old and the already sick- as to be expected. This may represent an overestimate as about 80% of infected patients have relatively mild symptoms and may be unaware of their coronavirus infection thus assuming that they are suffering from a traditional cold or flu infection.

Globalisation and ubiquitous international travel are clearly responsible for the virus's rapid dissemination from mainland China. In addition, we have become acutely aware and primed for a pandemic by the 'scientific media'. The consensus is that a significant viral pandemic is inevitable given enough time. Several pandemic scares have occurred over the past 20 years (SARS, etc) and although these viral diseases have been considered as potentially catastrophic, this has not turned out to be the case.

While I think government agencies have a duty to their citizens to report truthfully concerning the impact of the virus on health and society in general, it also has a responsibility not to foster a climate of 'gloom and doom'. There is a tendency to assume a posture of the 'worst-case scenario' and the media, for reasons of its own, are not always motivated to promulgate an even-handed or fact-based reportage.

I do not advocate complacency or foster a nonchalant attitude to a serious medical challenge but we are not dealing with the black death. The impact of the virus should always be considered within a medical context where death and disease are commonplace. Taking the US as an example: influenza has killed about 18,000 people this flu season; 30 million have been infected and 310,000 hospitalised. There are already reports of people overacting. In Auckland, New Zealand, a single case caused mass buying hysteria in local supermarkets. I do hear tell that the popular bottled beer, 'Corona' has experienced a recent downturn in sales of 30%! C'mon folks, let us be sensible, measured and rational.

Anyway, I would be interested to hear what my readers think of the situation. In the meantime, I will get to work on a science-based article.
Posted by Flaxen Saxon at 18:22 6 comments: