Japanese Sniper Found on the Roof of Dudley Aldis 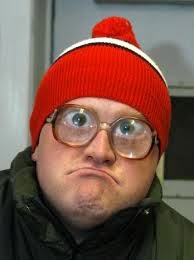 Breaking news: A Japanese sniper has been found sequestered on the roof of Aldis in Dudley town centre. Apparently Sergeant (first class) Kendo Nagasaki was parachuted in 1944 on a clandestine mission to kill, the then incumbent Mayor of Dudley, the Right Honourable Enoch Fourtesticles. Unfortunately for Sergeant (first class) Tanto, he landed on the roof of Aldis and couldn't open the roof hatch. He has spent the last seventy years subsisting on pigeons and the occasional migrating sea bird. Although deprived of his primary mission, he thought it prudent to perform his military duty. Consequently he has spent his time sniping at the good burghers of Dudley. Luckily for Dudleyites, Sergeant (first class) Hiroshima is very short sighted.

The only casualty appears to have been Mrs Soretwat’s cat, Mr Mittens. Mr Mittens developed a slight limp in August, 1974. When Mrs Soretwat examined Mr Mitten’s paw she found the remnants of a bullet. In her own words:  “I knew straightaway that the bullet was a type 99 fired from a Japanese Arisaka sniper’s rifle. I thought it prudent not to tell my husband, Bert, as he was suffering from a very nasty infection of the pineal gland, at that time. ” 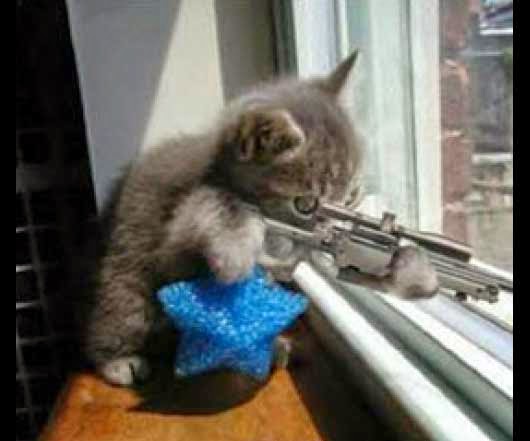 Mr Mittens before the accident

Sergeant (first class) Sushi had this to say after been apprehended by the Dudley constabulary: “I am most humbled and in awe of the most wonderful innovations which have taken place during my confinement on the roof of Dudley Aldis. So much has changed. There are computers, internet, televisions and nuclear weapons. I can’t wait to return to my home in Toyama prefecture and live my remaining dotage in quiet solitude."