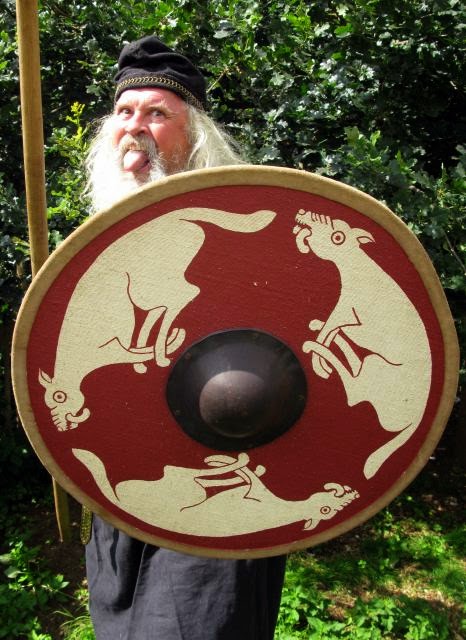 This piccy was taken of my father after a heavy drinking bout at the Christmas tide family party. Sadly the old man is not the murdering old bastard he used to be. He's  delusional and a bit  farty. Sometimes he thinks he's a small furry gerbil called Gerald, sometimes he's a sausage. Today he is mostly Miley Cyrus, hence the tongue a protruding. I much prefer his incarnation as Gerald. A lot more cute and a lot less 'twerking.'

Afterward the prominent men of the family met and debated whilst the women folk tended to the scalding pot. The agenda was a short one. It concerned the dispersion of land and spoils once the sad, but inevitable day came, when my vainglorious father descended/ascended to the feasting hall that is Valhalla. Initially my father was of the mind that all his chattels, land and sundry items should be bequeathed to my half brother, Hrofgar 'The Bastard.' Anyway, after a brief exchange of views, my poor halfling brother was found dead; feathered by a dozen yard arrows. Murdered by a wandering band of Jutish warriors, no doubt.

Thereafter, my poor gerbil of a father scurried unto a disused mine shaft and expired. Sad family tragedy. I cried all the way whilst inspecting my new kingdoms. So, my father was burned on a funeral pyre and his soaring soul was dedicated to Woden. As for his reward, it is said on the wind, that true adherents are bestowed with 40 Jutish virgins in heaven. Frankly I'm disgusted, even the prophet waited until they were eight.

This is a rendition of dad, on a good day. 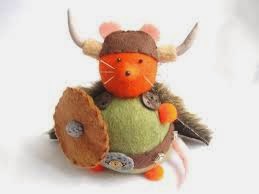