A Tale of Woe and Redemption 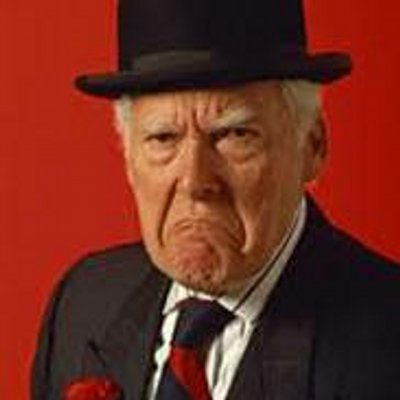 The Headmaster of Tipton Secondary Modern After the Fire

Tis time to tell a story. Once upon a time in a small West Midland town somewhere in Middle England........

It will come as no surprise to my regulars, but growing up I lived in a morass of relative poverty. Twas at the tender age of 12 did I experience the luxury of an indoor toilet and access to a bathroom. I can hear the miniature violins twanging in the background........Suffice it to say, I came from a rather gnarly background and as such, and to reflect reality, my 'High' school was an indifferent edifice of intellectual rigour and attainment. In those days, the subjects of English and mathematics were streamed, 1 to 5. Those deemed worthy of 'class 5' were the unteachable and frankly, the indescribable. Even the teachers referred to their charges as, 'window lickers'- how quaint; it was the early 70s, after all! Their fellow students called these poor lost souls: 'mongers and spakkers'. This is where you can allow your imagination to run free, unto the stratosphere. Your genial host never descended/ascended unto these dizzying heights and I was deemed worthy of stream 3 in both English and maths. At 13, I was classified as an indifferent student with no expectation of special intellectual attainment.

It was a typical Wednesday morning in English, Set 3. The teacher, Miss Mugumbo (not her real name), took the register, as usual, and everything seemed routine, as usual. But on this occasion, she was accompanied by one of the ubiquitous student teachers, of unknown provenance. Anyway, my teacher announced/pronounced that said student would supervise for a while and on that note, I was summoned, nay beckoned, unto the front of the class. I was commanded/commended to accompany my English teacher to the Head Master's Office/Orifice. Ensconced upon his majestic throne, lay prone the Head Master of 'Tipton High', the rather scatty and ancient Mr Jones. To be fair, the Head was a decent man and no way, a Martinet- unlike his successor. But that is another story.......

For context: the week before, the class had been assigned an essay. We were allowed to complete the task over the intervening weekend, as homework, to be handed in on Monday. Now, back to the story.

I was motioned to sit and was confronted by the stern demeanour of the form teacher and Mr Jones. In front of the Head (for it is he), resting upon his capacious and ornate desk, I espied my essay. It appeared to be covered in a sanguineous pigment of the carmine variety. From my disadvantaged viewpoint, I was unable to discern its message and content. Although the aggressive cursive of the hastily applied pigment could not be denied- it was not good. The upshot: I was accused of the heinous act of plagiarism. Either I had arranged for someone to pen the essay or it had been copied from a competent source. Thus, it seemed that my talents were not up to the task of composing this highly accomplished literary work (I had been impugned) and  I was mortified by this unfair and erroneous assessment of my lack of scholastic and erudite tendencies. Consequently, I protested vehemently and with a force characteristic of an unfairly condemned man. The raw elemental power of my protestation eventually prevailed and I was given a chance to prove my worth. Thereafter, I was allowed to compose anew whilst sequestered within the Headmaster's office. My teacher and Mr Jones conferred briefly and scribbled down a list of five topics that I was allowed to choose from. I quickly decided on a topic and began to write. I utilised the anger within and channelled my very being into the composition. Under the watchful and vigilant supervision of the Head, (please note, it was not disembodied and was firmly attached to a torso) I scribbled away as a demon-possessed by the spirit of a long-deceased savant. The power of unfair accusation is not to be dismissed or underestimated. Once harnessed it serves as a potent nostrum for unjust condemnation and censure.

After completion, I was allowed to return to the class of my peers. Next morn I was once again asked to accompany the form teacher to Mr Jone's office. This time, however, I was confronted with educators displaying a chastised and contrite disposition. To their credit, they both apologised profusely and on the strength of my two essays, I was immediately placed in the top set for English.

In retrospect, it was the goad that awakened my latent intellectual talent and thereafter I applied myself with due diligence to all my studies. By the end of the year, I had been promoted to set 1 for mathematics. The rest is history. In no way was I resentful for the way I was initially treated. As said, it was a blessing in disguise. Furthermore, it had no bearing, whatsoever, on the conflagration that engulfed my 'Alma Mater' the day after I graduated (at 16). I append the lamentful narrative that appeared in the local paper documenting this sad and singular event. Read and weep, gentle reader. 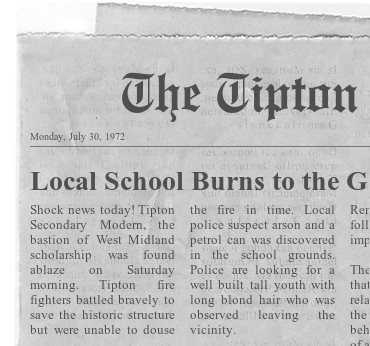 A Third Rate Facility of Education But a First-Rate Conflagration