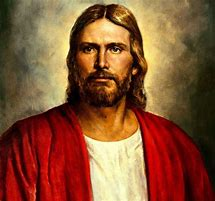 The face of Jesus?

Tis a quiet Sunday afternoon and I'm chilling in my study and, therefore and consequently, I'm in a contemplative mood. I have just finished my second beer and I'm bathing in the delight of the 'second beer'  phenomenon. If you don't understand what I'm saying then you should not be on this blog. Desist immediately, and return to a blog more in keeping with your metabolic/mediocre keeping.

Thus, after revealing these very pertinent and relevant words (double positive) I will persist in the task at hand. Don't expect an erudite and/or well-researched post. In this instance, I am just going to pour out a stream of consciousness, as it happens to my tortured and rather overstimulated brain. May Woden forgive me.

Therefore, without further ado, I will launch, full tilt at the task at hand. For today's topic, I'm going full tit at the vexed and oft misrepresented topic concerning Jesus' appearance. The Gospels are no help, nor are the epistles of Saint Paul. Neither sources were remotely interested in Jesus' physical appearance. And this is in keeping with the standard Jewish doctrine of the time. Physical renditions were not to be encouraged. God's image was not accessible to Man, and as Man was made in His image, personal art was an anathaema.  Also, Jews were indifferent/diffident portrait artists (Arse). Once the Romans began to stop burning/crucifying Christians and began the slow, and often painful process, of embracing Christianity, poor Roman art, often in mosaics, depicted a Roman Jesus, replete with toga and burnished hair. In the Renaissance, we come upon Jesus encapsulated in the Western Tradition. Here we are confronted/affronted with 'North Western European Jesus'. That is the abomination perceived in numerous cathedrals and expressed in jarring lurid/florid representation in varied stain glassed monstrosities. And thus we are confounded with 'Jesus of Tipton'. A man enshrouded in long flowing, fair locks, blue eyes and a pale complexion unburnished by an unforgiving representation of a Meditteranean sun.

A bit of reality: The denizens of Palestine, two thousand years ago, were likely to be moderately toasted by a near eastern sun; of modest stature (typical for the time); the hair of burnt coal/coconut and eyes reflecting the dull, brown Judaen mud. A far journey from Utah, Jesus. Someone needs to tell the denizens of Mid-West America. Methinks they won't listen or comprehend. Nuff said. The face of Jesus 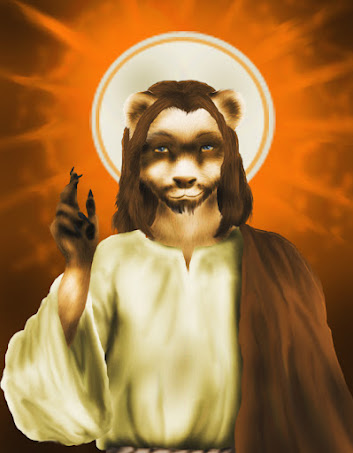 And Inevitably- 'Ferret Jesus'
Posted by Flaxen Saxon at 19:37