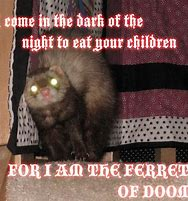 Methinks tis time for a light-hearted post to cheer the spirit. And let's be honest things ain't going too well in the world. It seems the doomsday brigade is in fine fettle and predicting the end of all things. The Jehovah Witnesses believe that we are about to enter the period of 'Great Tribulation' prior to Armageddon. Afterwards the righteous will experience paradise on earth and 144,000 especially favoured folk, called the 'Anointed' will be whisked off to heaven to commune with God, Jesus and lesser supernatural minions. The problem, however, is that only JWs will saviour God's favour and the rest of humanity will be blasted unto oblivion. As there are only about 7,000,000 JWs the vast majority of humanity will cease to be. This seems a little harsh for an all-loving deity, but God moves in ways mysterious and unknown to mere mortals.

But this post is not concerned with mankind's inevitable demise, whether caused by benevolent deities or, more likely, by our own hand; uncharacteristically I have left the beaten path and digressed. Today's topic, as described in the title, is concerned with phobias. Most of us have phobias. For instance, I have a strong aversion to my knee caps moving about a bit in a circular manner (Motopattelaphobia). This is a very common phobia, and about 10% of the population have a similar dread. Other common phobias: fear of heights; fear of snakes and the fear of spiders and others, too numerous to contemplate. This post is not concerned with these, humdrum, mundane horrors, for today's offering focuses on the rare and mostly unknown terrors afflicting humanity.

Let me start with a definition: A phobia is an irrational fear of an object or living creature (ie a ferret, Muscelidaphobia).

Peanut butter is sticky and has the mildly annoying habit of sticking/cloying to the mouth, palate and tongue. For most folk, this is just irksome, but not catastrophic. And yet there is a small proportion of humankind that experiences panic and real fear of this occurrence. This is an easy phobia to avoid and sufferers should stick (pun intended) to less 'clingy' comestibles. Perhaps tis the fear of choking that is the real issue for some and I can appreciate that peanut butter could be difficult to dislodge if you are prone to the habit of alternative nutrition. In particular, those who try to inhale their food and extract nutrition from the lungs- not to be recommended.

I can express sympathy for those afflicted with most phobias on this list. I might not understand the problem but I can empathise with the sentiment. However, this particular phobia does not elicit any sympathy. Nomophobia is the unwarranted fear of not having their phone with them. This is more an irritation rather than a phobia. Some folk consider their phones as a natural extension of the body and continually examine their phone to check messages, and/or access information at will. My 12-year-old granddaughter seems glued to her phone and if it was up to her doting grandfather, her access would be curtailed and time-limited. I have made the suggestion to my daughter, however, as usual, my parenting wisdom is blithely ignored.

Apparently, folk so afflicted express signs of distress, panic and even trauma once separated. A typical First World phenomenon. I can't begin to consider why individuals should act this way. Although all phobias are irrational to a lesser or greater degree, I'm more inclined to regard this 'ailment' as a behavioural addiction.

No, this is not the fear of being eaten by a carnivorous plant- that would be 'Triffidaphobia'. Anyway, Venustraphobia is supposedly the rare irrational phobia of beautiful women. Men, thusly affected experience extreme anxiety in the presence of an attractive woman. Although it is said that the trait of 'attractiveness' is highly subjective, studies into what men find attractive in a woman are actually objective, measurable and predictable. Although this phobia is considered rare, I am of the opinion that it is more common than society would feel comfortable acknowledging. Why else would the rate of virginity in men, in the 18 to 30 range, go from 6% to 27% in the span of 30 years? Of course, I'm being flippant. The cause(s) for the rise in male virginity has a solemn itinerary/litany of reasons that are not to be addressed in this post.  Although, I will say this: there seems a strong correlation between male low self-esteem and female entitlement- enough said, for now.

This one, to me at least, is an enigma. To the strict Latin gramatician, this phobia reads as a 'fear of shit'. And let's be honest, everyone is afraid of shit. But apparently, this word construct evokes the fear of 'ugliness'. Tis interesting. Most folks are inwardly repulsed by physical ugliness in our fellow man. However, in our wonderfully accepting society, we can no longer express our natural revulsion. Everyone is beautiful and therefore, all is good in society. Sadly, it seems, that no one consulted human nature. Let us be frank. There are some aspects of our humanity that are very much hard-wired into the fabric of our very being. And one of those things is the natural and heart/head felt abhorrence to ugly folk who elicit negative aesthetic responses. These unfortunate souls are to be described as, FUGLY. There is no getting away from it. And forget what we are 'supposed to think', that ugliness, like beauty, is subjective. Go tell that to the poor benighted souls that deserve the aforementioned appellation. Society and it has always been this way, has approved and adored beauty. To be born ugly is to be relegated to the status of a lesser human. Again, don't listen to what folk say, watch what they do.......

This is one of my personal favourites: Tis the fear of long words and to be fair, the above word is enough to strike extreme trepidation unto the most stoic, intrepid and stout-hearted individual. Again, I'm at a loss at the derivation. As many of these 'phobia words' are a fusion/intrusion of Latin, or in this instance, Greek into English's already mixed lexicon, I am at a loss to see how the Greek for 'water horse' has any legitimate reference to large words. To add to an already tortured etymology, the 'sesquippedalio' part is Latin, for long words. Now you know why I like burning stuff.

I can't but think that many so-called phobias are artificial constructs encouraged by the 'Empathetic Modern Western Society' motif. And so we come to the enforced and very artificial 'phobia', suitably called, 'Phobophobia'. We are supposed to accept that there are folk in the rarified atmosphere of  'reality' that take this shit seriously. May such folk become enfeebled and their twinkle entangled in fine twine that is subject to tightening- and yes, may their kneecaps move about, a bit, in a circular motion.  As a society, we have encouraged such enervating behaviour that deserves the contempt of our ancestors. And this was supposed to be a light-hearted post designed to lift the spirit and provide uplifting enchantment......  I have digressed.