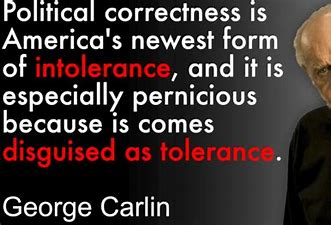 According to the British Medical Association, medical staff should now refer to pregnant women as ‘pregnant people’. Underlying this ruling is the principle, that medical folk, should not assume that the pregnant person is female. You would think doctors, nurses and midwives are well versed in the nature concerning human physiology, anatomy and sexuality. As a biologist, I was taught that humans are split into two counter genders and the female of the species is the only gender able to conceive, carry and give birth to a human child. The male of the species is precluded from this activity due to fundamental restrictions afforded by anatomy, physiology and hormones. This ‘edict’ from the esteemed British Medical Association comes from a respected professional institution well noted for its ‘sensibleness’, sound common sense and a reputation for being old fashioned and rather fuddy duddy. The proclamation, I suggest, has been foisted upon the medical community, not by medical doctors, but by admin staff of a left wing persuasion peddling a feminist agenda. Why the usually sensible medical association have acquiesced to this rather silly ruling is frankly beyond my ken. Mayhap the top tier doctors have just got tired of resisting against these rather silly, profoundly indoctrinated women in flowery skirts. After all, the practice of medicine is a very serious pursuit and I’m sure doctors are applying themselves to more important matters, such as saving patient’s lives. Perhaps I am being too progressive.

I suspect most of the medical profession will ignore this nonsense and aptly call ‘a duck’ by its correct gender. This is just another example of a minority of woke/PC protagonists trying to force their ridiculous agenda on the majority.

There is another argument that makes the point that the term, ‘pregnant women’ is discriminatory against transgender folk i.e., women transitioning into ‘men’. To my mind, a person’s biological gender is immutable. If you want to call yourself a man even though you are a biological woman then that is your business and no business of mine. But what you cannot do is convince me that you are a real biological ‘man’. And if you expect me to abide by your social construct, then you can bugger Orff. No compliance here. And this is the dilemma (not for me though): the sensible majority are expected, and sometimes coerced by legislation, to conform to this minority insanity. What happened to the hard-won principles of, freedom of thought, speech, and expression by deed in print?

I can only hope that pragmatic medical staff ignore this nonsense and carry on calling a woman with child, a pregnant woman. Otherwise, our civilization is lost and deserved to fall.