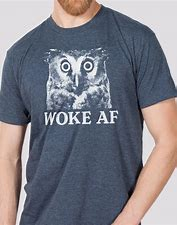 I'm a vigorous supporter of freedom of speech and freedom of action and I abhor government involvement in our activities. As grown ups we should be able to please ourselves in our daily life and we should be free of government interference even if advice is sound, medically or otherwise. Please don't preach or exhort. We are mature, adults and we will not tolerate patronising advice from 'men in suits'. In other words, fuck off and leave us bereft of your poisonous dogma.

Our freedoms have not come easy as the powers that rule mankind are reluctant to encourage independent thought and action. They would like the populous to be obedient drones, without an idea that does not fit within the ruler's remit or restrictive paradigm. Sometimes the 'social programing' is overt, such as that experienced in Nazi Germany and the USSR. Sometimes it is covert and introduced in a subtle manner. The expected end result is the same, as promulgated by Western, so called, enlightened powers. That is control.

Currently, the narrative is being controlled by extreme 'left wingers' who seem determined to force their woke agenda on all and sundry. We see this insanity and that agenda is anti-men. Boys are indoctrinated from a young age to regard the pernicious 'patriarchy' as evil. In particular, the venom and demonising is directed at the 'root of all evil', white men. Feminists, of the purple hair and robust, corpulent habitus are quick to list our extensive short comings, which are legion. The syllabus is being driven by a strident vocal minority that will not tolerate an opinion that does not intercalate into their well defined script. Their is no reasoned/seasoned debate. Dissenters are shouted down and drowned by a mantra of intolerance and hate.

Young boys are indoctrinated from an early, impressionable age. All the ills in this world are due to  toxic masculinity. The domination of white men in society is an evil and men should be cowed into submission. Tis little wonder that boys are not progressing into fully matured, masculine men. They remain confused as to their ultimate role in adulthood. Society is turning out milk fed, milk sop 'men', who are unsure what their gender role is in this topsy turvy world. No backbone, no intestinal fortitude. Immature individuals forever looking for a safe space to hide from life's vicissitudes; willing to shed tears on the slightest provocation- only children and women should cry. Things will not end well.

Women are starting to lament that they are unable to find a 'real man'. Increasingly, the men of the latest generation have been emasculated and consequently not particularly attractive to women. Women, apart from the wretched usual suspects, want a man who acts like a man not a man child. I know I'm making  a rather sweeping generalisation. A 'one size, fits all' scenario is way too simplistic. Indeed, not all young men have been coerced, to wear the halter of shame. There are definitely young fellas out there who have fearlessly rejected the nonsense that is the PC and woke culture. Good for them say I. When it comes to finding a mate, undoubtedly they will have the 'pick of the litter' (lucky bastards).