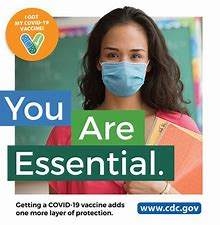 I received my first shot of the COVID-19 vaccine two days ago. Like most developed countries, New Zealand is making the vaccine available to the population by degrees. This is due, in the main, to the limited supply of the vaccine. In the first tier, doctors, nurses and border staff, together with other specialist groups received their shot. I belong to the second wave of inoculations that is being doled out to 'essential workers'. Next in line will be the most vulnerable segment of our society, the over 80s. Afterward, the vaccine will become available to the general population, excepting those under 16 years of age.

At the date of writing, seven distinct vaccines designed by laboratories worldwide have been made available. There are differences between these vaccines, although the basic mechanism of action is broadly similar. When trials began last year there were many more candidate vaccines undergoing evaluation. The development of any novel drug is required, by law, to undergo a systematic and arduous testing process and most drug candidates will fail at one of the many stages in the drug’s assessment. And this has been the case with potential COVID- 19 vaccines. Even though the urgency of the situation mandated a rapid introduction of an effective vaccine this did not mean that safety and efficacy requirements were compromised. Usually, the introduction of a new vaccine requires a four-year rigorous testing process in the lab and in the ‘field’. In the case of the COVID-19 vaccine the whole process was truncated to under a year. This in no way indicates that the development of the vaccine was haphazard, or normal testing standards removed or curtailed. The rapidity of introduction was a consequence of several salient factors: A lot of the preliminary work had been achieved on similar RNA viruses and vaccines in the past, so it was not as if researchers were entering unknown scientific territory. A huge amount of money was brought to bear on the problem world-wide. The current estimates place total expenditure in the region of $7 billion US dollars. The development of an effective vaccine was a combined international effort. The best scientific minds and the most prestigious research institutes went into overdrive, and with virtually unlimited financing, the usual research restrictions with regard to funding miraculously slipped away. In fact, they slithered away, like a greased ferret in an ‘Exotic Lard Emporium’ (Steady Flaxen- remember what your psychiatrist said). Unlike most research, in the initial stages at least, the results of scientific endeavour where widely distributed/disseminated internationally. The sharing of data between researchers, to this degree, is almost unprecedented in the annuals of scientific research.

New Zealand is currently dispensing the vaccine developed by the German company, BioNTech, in conjunction with Pfizer. During trials it has been determined that the vaccine, known as BNT162b2, has an efficiency rate of 95% in preventing COVID-19 infection.

The vaccine contains a piece of viral RNA, that under normal infective conditions, is responsible for the formation of part of the protein coat that surrounds the viral RNA. In particular, the RNA encodes for a class of spike projection proteins. When the virus infects the cell, these projections facilitate the entry of the virus through the nuclear membrane. Once the virus has pierced the nuclear membrane, the genetic material of the virus, in this instance, RNA, can interact with the host genome. Once ensconced the viral RNA hijacks the protein manufacturing processes within the cell, ultimately producing new viral particles, that once released, go on to create invasive and infectious havoc, anew.

Shortly after inoculation, the introduction of the partial viral genome triggers a strong immune response. As only a portion of the viral RNA is contained in the vaccine there is no possibility for the pared RNA to encode for an intact, infectious, viral particle. The RNA in the vaccine is encased in a lipid coat to prevent degradation once it enters the recipient’s cells.

This genomic approach differs from previous outdated anti-viral strategies where the presence of the whole virus was necessary to elicit a positive immune response. In these instances, however, the virus was first inactivated by heat.

This sophisticated genetic approach is not entirely new as researchers have been working on this 'RNA strategy' for the development of novel vaccines for over a decade. There are a number of RNA viruses that cause disease and extensive anti-viral research has been conducted on COVID-19's more dangerous and virulent RNA viral cousins, such as those responsible for the diseases of MERS and SARS. As mentioned earlier, this seminal work has contributed to the rapid development and production of BNT162b2. What's in a name? You think a bunch of smart scientists could have made a little more effort to give the vaccine an imaginative and catchy name; BNT162b2 does not exactly trip off the tongue. If it were up to me, I would have burdened the vaccine with the moniker, ‘Arse, big fat, arse’. But what do expect from someone who is madder than a bucket of frogs in vinegar- nuff said.

As I am close to the arbitrary defined ‘blog post limit’ of 1,000 words, I will pontificate no more on the topic of COVID-19. However, I will end with this: It has not gone unnoticed by the author, that there is a growing minority of folk who are of the strong opinion that the vaccine is a dangerous entity in itself- more dangerous than the disease and therefore is to be eschewed mightily. The opposition to the vaccine is in some instances, rational, although many of the objections are irrational and often quite bizarre. I will address these concerns in a future post, hopefully within the week.