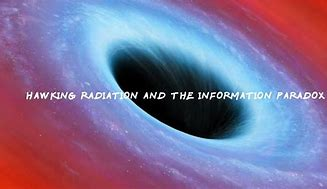 In the 1970s Stephen Hawking showed that black holes leaked thermal radiation (Hawking radiation). This was a puzzle in itself as black holes are notoriously reluctant to return what it hath consumed. But there lurks an even greater problem that could shake the fundamentals of physics to its very core causing this noble science to totter, nay topple, into the chasm of inconsistency and doom.

Tis a fundamental tenet of physics that information in the form of energy and mass cannot be destroyed. Mass can be converted into an equivalent amount of energy and, in theory at least, energy can be become mass, albeit under strange and wonderful conditions as described by mathematics. This is the simple expression of Einstein's famous equation: E=MC2. Also, the informational characteristics of particles cannot be lost. Particles possess a set of physical characteristics i.e. spin, position, parity, charge etc. This is the distinct ‘finger print’ of every particle in the universe. In theory, if every characteristic of every particle in the universe could be known (PhD thesis, perhaps?) then it would be possible to describe the universe, to the most intimate and minute level.

Hawking radiation causes energy and hence mass to be slowly lost from black holes and eventually, after vast eons of time, the black hole will evaporate and be no more. At first sight this is not a problem as it seems that whatever goes in eventually returns to the universal fold. But this is not the case. The relentless loss of thermal radiation, over time, is devoid of information. In simple terms if you throw a ferret (might be Shagger) into a black hole the information contained therein should be retrievable and the ferret (perhaps Shagger) reconstructable. However, as the black hole, very slowly diminishes over time, the information supposedly contained therein emerges not at all. This causes a very worrying paradox as the loss of information is in violation of axiomatic laws of physics. Does this deviation from nature indicate that, physics as we know, is broken or is there a possible explanation using known physical laws? Shagger needs to know.

Clever theoretical physicists have come up with a number of hypotheses to explain this        apparent contradiction. The other approach, rewriting physics and rebuilding a stout              edifice anew has not proved popular. I’ll outline a couple of possibilities, here, albeit very    briefly. In fact, I will list just five explanations; there are numerous others. I will not           comment to regard the various merits/demerits of each proposal. For one, I don't have the     space and secondly I don't have the relevant expertise. As always with highly technical     subjects, I strongly suggest you seek additional information, from experts in the field. True   wisdom is but a Google search away....

What all the solutions have in common is that they are all mathematical constructs. Now,   physics is essentially an empirical science- this is an obvious truism, as all sciences, by   definition, are empirical and science cannot live by mathematics alone. Mathematics is not   science and at its core it is a notational kin of logic. While it can bolster and add credence   to scientific theoretical postulates it can never prove that postulate. For scientific proof,   empirical knowledge is required. In other words, practical data must be obtained and this   implies that physical measurement, of some sort, occurs. And in this respect we have a   problem. Not only do we not have the relevant data concerning black holes, we also have   no way of remedying the situation. Deep thought will ultimately not do. Theoretical   physicists do grand work in providing hypotheses and ideas but 'proof'' can only occur   when they pass on the fruits of their intellectual labour to their more practical physicist   brethren.

Recently, there has been a flurry of interest concerning a new paper purporting to have  resolved the problem (?resolved-check here for informed commentary). No such thing. This  paper, although very interesting, just adds one more possible solution to an already  lengthy list of theoretical solutions. What we can state with certainty: either one of the  proposed solutions is the correct one or, none are correct. Mayhap the solution has not been thought up as yet? What we don't possess is the capability to choose between these 'answers' and discern a real solution. We are awash in a sea of ideas but these is no firm empirical land to dry our data bereft shoes (Flaxen waxing, bollocks). Thus, we have no hard data to help us distinguish  between the numerous theoretical models that have been proposed.

The real problem is that we are unable to access data to solve this problem. An issue that is unlikely to be reversed and without data the paradox is essentially unsolvable. What do my readers think? Am I being unduly pessimistic? Or is my hard headed empirical approach entirely valid? Let me know in the comments. Perhaps we can stir up a lively debate? 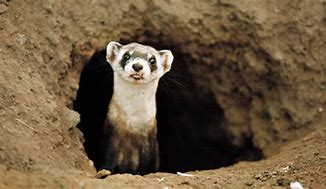 Shagger and his own black hole
Posted by Flaxen Saxon at 20:03