Tis all about YOU 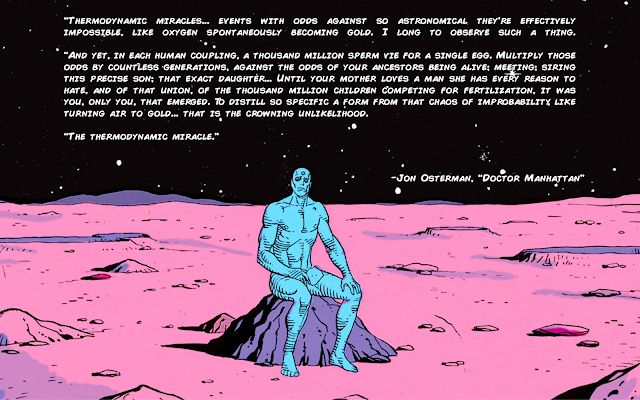 What are the chances of YOU being born? This is not just a speculative question, but an empirical question which can be answered, albeit roughly, with simple analytical mathematics. Before I start I need to make an important assumption: everyone born, past and present, have a unique consciousness based on their genetic makeup. I don’t want to get sidetracked by a discussion of what is, or how we define human consciousness, fascinating as the topic may be.

It is not unreasonable to consider each human to have a particular unique consciousness. We know that identical twins are ‘genetically identical’ and yet each twin has its own conscious identity and reality. This is not strictly true as identical twins will differ in the realm of gene expression due to the mechanism of epigenetics. Again, I don’t have the space to consider the fascinating world of epigenetics- perhaps in a future post?

Firstly, let us consider the probability of say, your mother and father actually meeting. I’m going to have to fudge this a little as every case will differ with regards to probability. I’ll, for the sake of gross simplicity, assume that the odds of your father and mother actually meeting are 1 in 20,000 and say the chances of them liking each other and producing issue (ie you) is 1 in 2,000. You can argue that this is pure guesswork and you would be right. This part of the equation is the most inaccurate, but as you will see, it will have only a small bearing on the rest of the calculation.
Thus far we have a probability of 20,000 x 2,000 = 40,000,000 (forty million). But this is only the beginning.

For you to be you, a specific egg melding with a specific sperm is required. Each sperm and egg is genetically unique due to a biological process called meiosis. A normal man will produce about 12 trillion sperm in his reproductive lifetime and a fertile woman harbours 100,000 eggs or ova. We need to take into account that men are fertile throughout post-pubertal life while a woman stops ovulating when she hits the menopause. For the sake of this calculation, I'm going to say that a third of the sperm will be available during his partner's fertile period. Thus we can calculate the odds of you coming into existence due to one unique sperm meeting one unique egg  4 trillion x 100,000 = 400 quadrillion. But we have to take into account the rare union of two people coming together in sexual congress, as previously calculated as 40,000,000 (forty million). Therefore, the odds of you coming into existence are: 40 million multiplied by 400 quadrillion, which equals 16 septillions. Before continuing a slight digression is required (no shit, Flaxen). When dealing with large numbers it is convenient to apply the concept and notation of ‘the power of 10'. If you are unfamiliar with this mathematical notation, a quick gogle search will help you understand this convenient and practical mathematical shorthand. In fact, it is impossible to formulate the mathematics of 'big' numbers without the power of 10 notations. Therefore, our previous calculation can be rendered thusly:
406  x 40015  = 1624.

Hold onto your hat, this is where it starts to get a bit weird

Tis not all about YOU. Next, you have to consider the preceding generations. The fact that you have been born at all means that all your ancestors made it to reproduce. Any break in the chain results in your non-existence (?!). And at each generational stage the same probability previously and lovingly worked out will apply.  So how far shall we go back? Perhaps to the first human? However, this is not a discrete event in time. To gain a realistic figure we should continue back in time to your very first ancestor hanging around in the primordial soup/slime- a single-celled organism 4 billion years ago, called Ralph. To stop the numbers from getting REALLY BIG I’m going to consider just our humanoid lineage. I’m making the assumption that human/humanoid like organisms (I’m not including ‘Tipton Man’) have been around for 3 million years (36 years). This would represent about 150,000 generations (1503). After applying the mathematics previously given we have a probability of 1 in 102,640,000 (10 followed by 2,640,000 zeros). I’m not going to put forth my mathematical reasoning here, otherwise, this post will be way too long…….. Of course, you could have a go yourself in the comfort of your own home.

The number of stars in the observable universe: 7 x 1022

The smallest possible length is called a Planck length which equals 1.6 x10-35 m and the number of Planck lengths present in the volume of the observable universe: volume in “Planck cubes” ≈ 2.2×10183.

The point I'm trying to make is that the odds of you existing are so infinitesimally low that your existence is impossible- but there you are, glancing at this page (hopefully in wonder) whilst drinking beer and scratching your gonads. And this analysis only takes us back to the first humanoid, before that there are another 4 billion years to take into account. This probability, if I could be arsed to work out, would take us into the world of hyper-maths. 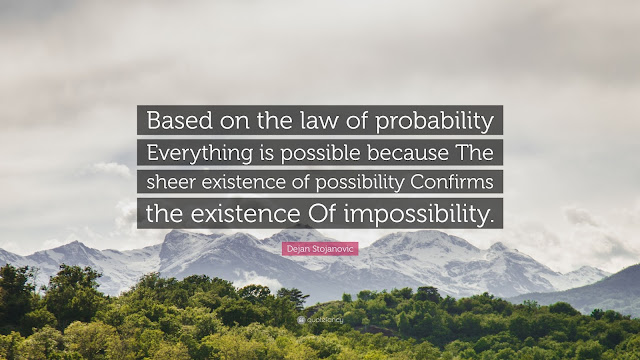 So, all said and done, the fact that anyone exits at all is an extremely strange phenomenon indeed and provides contemplative types with the stuff that induces nightmares and migraines. Anyway, I'm off to the pub to squander this good fortune. Cheers!
Posted by Flaxen Saxon at 21:21