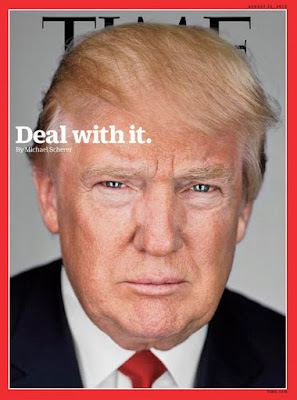 Yesterday, Trump was inaugurated as the 45th American President and the protesters were out in force, not just in the .


A few thoughts from the Flaxen haired one: The liberal left think that Trump's election is the herald for Armageddon. Even sober journalists (sic/hic) are waxing greatly concerning the calamity about to descend upon the known world - the vocal left are a minority but they do make a lot of noise per capita. Talk about drama. Most folk, I'm sure, will note the change in administration and quietly get on with their lives.


Just a word to those who think that the world is about to end, at least as we know it:
Trump is not as free to implement policy as some would like you to believe. Modern democracies, the included, have inherent constitutional checks and safeguards to prevent megalomania and despotism- this isn't sub-Saharan . Trump may well be a tyrant with regard to his business life but things are a little different when you are the supposed leader of the free world.


To his credit, Trump seems to genuinely want a dialogue and rapport with Putin and . This can be no bad thing in the world of 'Real Politik'. Certainly international fences need rebuilding after the Obama administration. Talking of fences. The wall interests me. While it is not impossible it will be expensive. Seeing that he garnered a lot of votes on the basis of stemming illegal immigration from the south I suspect Trump will have to make good on his promise, even if he comes to eventually regret it. Personally I approve. The American border to the south is way too porous allowing unfettered entry to the States. For every one 'illegal' caught on the border ten will get through. People trafficking is a well organised and a very lucrative proposition for the criminal Mexican gangs who run the trade. The human misery should not be understated. Once entry has been gained into the 'Land of the Free', migrants are often in the thrall of these violent gangs who mercilessly exploit and degrade these poor folk. What they going to do, complain to the police?


One suggested way to keep costs down is to employ incarcerated felons. Not a bad idea, but you can bet there will be a liberal lobby protesting against violation of civil/human rights. Should people who have violated laws and committed heinous crimes be denied human rights? I would argue, yes, at least for those, who by their actions, have shown that they are unfit to live in a so-called civilised society. We have to accept that some folk are irredeemable and for the greater good of society they deserve to be held in a facility where they can do no further harm for the rest of their corporeal existence. After that, it's god's problem.


I understand that there are a 1,000,000 people languishing in American gaols as I write. Not all will be bad folk, I'm sure. From the American prison documentaries I've seen, most of the violent inmates look extremely fit. Get them digging, I say. The wall doesn't have to be sophisticated, a simple physical barrier with electronic censors on top will do. Remember Offa's dyke?


Why not get the Mexicans in on the act. The wall would act as an economic stimulus for the Mexican economy. Just have to make sure that the Mexicans work on the southern side of the wall only.


Finally, just a view whimsical words about the protesters. In the States we saw images of irate protesters waving quite aggressive slogans. A few were even spelticated correctly. For instance, I've seen: 'Stop Nazi Trump', 'Fuck Trump and 'Without Immigrants Trump Would Have No Wives' (quite funny). While back in , one seemingly reluctant protester held up a banner saying: 'I'm quite upset'. Says it all, really. 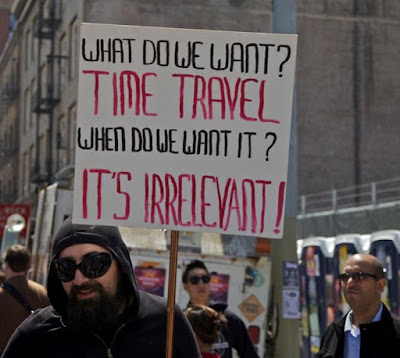