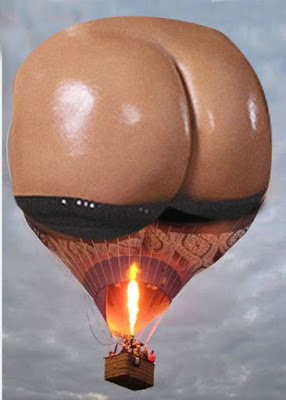 The bottom in happier times
Horror and disbelief as news of a robbery involving a top celebrity, chanteuse, fashion designer, model, actress and hairdresser is currently surfing the air waves like a greased up ferret, on amphetamines. For none other than Dim Carcrashian has been robbed while visiting the exotic, richly garnished city of dreaming drunks- Tipton. Tipton nestling like a piglet in the folds of a sow replete with cracked nipples and verdant ambrosia (steady Flaxen, you are starting to wax a little too lyrical) was cast into a dark and sombre resonance.


Dim Carcrashian was poised resplendent and about to feature in 'Tipton's Exotic Lard and Offal Festival' when she was robbed whilst sampling the delights of Tipton's exclusive and premier hotel, 'The Midden Pit'. A hotel famed for its malodorous ambience and scurrilous clientele. Built next to Tipton's iconic and lack lustre adorning feature, 'The Awful Tower'. Anyway, uncharacteristically I'm starting to digress with florid abandon and ostentation.


At about 3am, Dim Carcrashian was placing her son, East By South West, Turn Left At The Post Office Next To The Lamppost On The Right, in his richly appointed rhinestone bedecked cot, when three men dressed in opulent apparel burst upon the domestic scene, berating and carousing. Dim had no choice but to hand over her fabulously adorned, big, fat arse (arse). The arse fashioned from the finest ivory and damask and encrusted with beer bottle tops from over a dozen breweries was deemed the crown in Dim's extensive repertoire of false body parts. During the robbery, Dim was threatened with an extempore rendition of Arthur Askey's, 'The Bumble Bee Song' sumptuously accompanied by a George Formby impersonator on basinet. Luckily for Dim's nascent sanity she complied fully and even helped to remove the caste iron clamps securing her artificial, arrrrrse.


Inspector Alphonse Le Mugumbo of the El Tipton Police Department had this to say at an organised impromptu press conference today: "Ello, ello, ello, we can't be having wandering George Formby impersonators and associates swanning into Tipton taking items of artificial adornments from theatrical folk. O no we won’t be having it. Be apprised Tiptonites, and rest securely in your hovels tonight in the knowledge that I'll be placing the Crack Arse Squad on the case. Already the squad have raided the home for down on their luck and dishevelled Arthur Askey impresarios and have to date garnered over a hundred suspects. Sadly, George Formby remains at large".


Dim's husband, Train Wreck, had this to say when he heard that his wife had been denuded of her bootilicous (not a real word) buttocks: "This ain't real, man, know what I'm saying? Dem buttocks were real man, more real that Dim's real buttocks. You know what I'm saying to you all ? This is real and I'm coming at you with a real plea- come on all you rich people and send me loads of real money. You getting me for real?"


The investigation continues with veritable aplomb........
Posted by Flaxen Saxon at 16:04