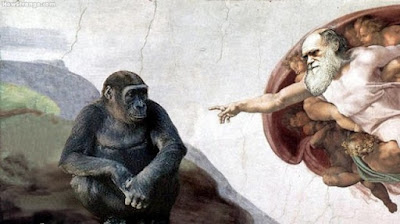 American Creationists are very strident when it comes to promulgating their nonsense especially when it comes to foisting their twisted version of reality on the young in the school classroom. The Christian right lobby hard for so called 'Creation Science' to be taught in the mainstream biology curriculum as a valid alternative to Evolution. In my mind, placing 'science' after another word does not necessary validate the phrase as legitimate science. In this instance 'Creation Science' remains theology, regardless of it pseudoscientific mantel. Titles mean nothing, content is all. Creationism, as a serious subject, has no right to be taught in a secular school worthy of its name. Thankfully, there are rational Americans who have finally woken to the threat. They realise that this is actually a battle worthy of a fight and are prepared to contest the fundamentalist standpoint in the courts, if necessary.

The rarefied academic world would never be plagued by such blatant attempts to inculcate non-scientific and irrational bollocks into peer reviewed and respectable journals, or would it? Recently, a review paper in a highly respected journal was very nearly published even though it contained references to creation and a creator.  Luckily, the paper was aired online before going into print and thus came under wide  critical scrutiny before being published. But it was a close run thing.

I'll not bore you with any in depth consideration of the subject matter. It really does not matter for the resulting discussion. Suffice to say that it concerned the evolution of an organelle, an inclusion within animal cells. What is particularly worrying is that the paper was accepted for publication in a journal after the standard peer review and editorial process. For those not familiar with the process involved in the publication of a scientific paper a slight digression is necessary. When a researcher submits a 'paper' to a journal the editorial staff pass the paper on to at least two renowned experts in the field for peer review. They do not get paid for this esteemed privilege- tis a badge of honour. They check the work for factual errors and ensure that there are no conceptual errors; are the conclusions reasonable considering the data presented? And finally, are the experiments contained therein, well designed and immune to criticism (I made this last one up). Once the review process has been completed, recommendations are made: the work can be rejected outright; it can be provisionally accepted after revision, or accepted without change. Ultimately it is the responsibility of the Chief Editor of the journal (Proteomics) to decide whether the paper should be published; the buck stops here.

The paper under consideration should not have been about presenting data or expanding knowledge. A review paper is concerned with summarising existing knowledge. Scientists love a well written review paper. As we are not immortal and have other distractions in our lives, we cannot keep up with all the publications within our field. The journal, Proteomics, is a well regarded scientific journal with an eminent editorial team. The journal is not a specialist forum for evolutionary topics as such, but every biologist viewing their paper, if they are worth their salt, will be familiar with evolutionary concepts.

Whilst not criticising the usual suspects as itemised above, here is a list of the worrying factors which should have raised the blinkers and set off the alarms:
The title itself is a little worrying: 'Mitochondria, the missing link between body and soul'. Okay, scientists don't generally mention the soul. The 'soul' is not a scientific concept, although scientists can use metaphorical allusion as long as it is not over done. The abstract represents the article summary. Interestingly, although the paper was supposedly a review, the abstract mentions, and I quote: 'Novel proteomics evidence to disprove the endosymbiotic hypothesis of mitochondrial evolution that is replaced in this work by a more realistic alternative'.

None biologists may not pick up on the problem. Actually, the first problem is subtle, but insinuates nonetheless. Reviews should not introduce anything new, by their very nature, reviews should encapsulate knowledge on a given subject and not add new stuff. The main problem is regard to the 'evidence' to disprove the endosymbiotic hypothesis' etc. This hypothesis is hard core biology and if you have evidence to the contrary you had better present in a separate paper and you had better come up with some great evidence. This should not be presented in a staid review. These folk are challenging established biology, with a sentence!

The rest of the paper, for the most part, is uncontroversial and typical review fodder. Anyway, I will not delve into specifics but the revolutionary contention proposed by the authors is that a 'creator' was involved in the process. In other words, God did it. An invisible deity, by means unknown, caused things to happen. As scientists we are supposed to examine the world of wonder and come up with rational mechanistic explanations which jibe with established knowledge. These authors were not only sailing close to the wind, they were pissing in the boat as well.

It will come as no surprise that the two authors involved are self professed 'Creationists'. They are exceptionally rare beasts. To cut a long story short, the paper was pulled after righteous indignation from serious biologists. Interestingly, the paper was pulled for plagiarism. Foolish authors had been cutting and pasting from the established literature. In a way it saved face, for the journal. Better to reject a paper on the basis of  plagiarism than to admit you have been a bloody fool and incompetent.

Scientists are no different from other folk (bit smarter though) and our professional  bodies are governed by people who are not always elected on merit. Some folk like the 'power' engendered. Frankly, most scientists can't be arsed with the bureaucratic crap. Scientists are subject to all the mean foibles of the common man (steady Flaxen). We have our own inclusive jargon and have wonderful acronyms (A.R.S.E.) We can be elitist and sometime stupid, just like everyone else. 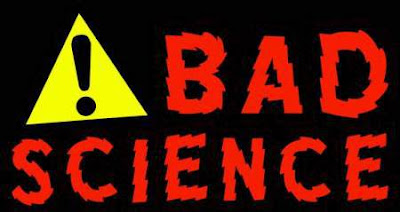