Cold Readers, Charlatans and other Buggers 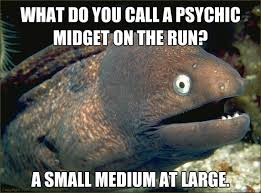 Cold reading is the application of a set of psychological techniques to obtain information from people (marks). It is the stock in trade of so called psychics, faith healers, mentalists and even professional psychologists. Practitioners use a series of well rehearsed techniques to coax information from the client or experimental subject and then regurgitate 'new information' in a way which appears miraculous or other-worldly.


Apparent psychics can be charlatans or imbued with a delusional belief that they have special supernatural powers. Motivation is generally for financial gain and very few psychic cold readers provide a free service. Cold reading should be distinguished from 'warm reading' where the information has been gathered beforehand and then regurgitated during the session; accomplices are usually involved to obtain specific facts from clients. Obviously, if the reader is using prior knowledge before the psychic session then there is reasonable cause to think that deliberate deception is involved.


Here’s just a few of the psychological methodologies beloved by the professional:


This effect is named after a psychologist who conducted an experiment on college students during the 1940's and relies on the tendency for people to relate specifically to general pronouncements, especially if the information paints the subject in a favourable light. Forer told each student that he was performing a personality analysis and gave each a summary of his conclusion. He then asked the students to rate the accuracy of the analysis out of 5.0. The average accuracy achieved was 4.3 even though all the students received the exact same analysis.


Here are a few statements which illustrate the principle very well. How many, would you say, apply to yourself? I replied in the affirmative to all five statements:


“I sense that you are sometimes insecure, especially with people you don’t know very well”.


“You have a box of old unsorted photographs in your house”.


“You had an accident when you were a child involving water”.


“You’re having problems with a friend or relative”.


“Your father passed on due to problems in his chest or abdomen”.


The beauty of this method, as far as the psychic is concerned, is that no client feedback is required and therefore particularly applicable for newspaper horoscopes and very lazy practitioners.


Fishing is a favourite cold reading ploy and unlike the 'Forer Effect’ requires the psychic to put forth some effort. Initially it relies on gathering information even before the subject opens his/her mouth. We all make shrewd judgements about strangers based on physical appearance (profiling). There is much we can tell about a person based on demeanour, age, dress and ornamentation. For instance, the reader may start off by saying: “I see a departed parent standing, smiling, next to you”. Saying this to someone in their late 50s is probably a sound tactic. Depending on the response of the victim client, the reader will moderate his/her reply accordingly. In our example, the reader can quickly turn it around if the client states: “My mother and father are still alive.” In this circumstance a ‘good psychic’ will turn it around by saying something like this: "I see an elderly man, I see him clearly now, it is your grandfather". You might well ask why the psychic didn’t just mention the grandfather in the first place considering the statistical chance that grandparents are more likely to be deceased than a parent. The answer, I think, is that there is more emotional import in a dead parent than a dead grandparent. The more emotion the psychic can provoke, the better. The more we become emotionally involved the less likely we are to engage critical faculty.
Shotgunning


As the name suggests this is an indiscriminate wide ranging method best used when there is an audience. Tele-psychics and theatre performers are great exponents of this method. A general statement is uttered: "I see an elderly women called Maud". Given that the audience is large and the woman in question is elderly, it is likely that someone in the audience will relate to this. Usually someone will shout out: “That’s my aunty Maud”.  The person doesn’t even have to cry out. A good psychic will notice any cues from individuals in the audience, verbal or non-verbal. Then they home in like a guided missile. Once a target is selected other vague/general statements can be uttered about Aunty Maud. Things like, "she was a meticulous woman, a kindly woman". At all times the psychic is  very attentive to feedback. Any negative, verbal or non-verbal, response will be deftly detected and the psychic will change tack. Similarly, any encouragement received will form the basis for further development. Indeed, an accomplished psychic will turn a negative reply into a positive. For example: "Your uncle was a nervous man". If the person replies: "Actually, he was a very confident individual". The psychic may retort: "Yes, he projected a confident manner to hide inner turmoil and self doubt".


Psychics use phrases and statements, which superficially at least, suggest that they have gained profound insight into your innermost emotional psyche, but in actuality the pronouncement means bugger all. Consider this: "You control your emotions very well but if provoked you can express anger". Subtle, and not so subtle, flattery may come into play. We are psychologically hard wired to believe good things about ourselves (vanity, all is vanity) and people have a natural tendency to remember things that are perceived as relevant and a knack to forget those which appear irrelevant; a phenomenon termed ‘selectivity of attention’.


I haven't considered all the techniques employed. I'm sure you could think of a few more. I genuinely believe that a small set of psychic practitioners really do believe they have supernatural powers. They are utilising cold reading techniques unconsciously; techniques acquired over many years and reinforced by feedback. That said,  I also believe that most so-called mediums/psychics are hard nosed charlatans who know full well that they are not in contact with the spirit world and their only concern is to fleece the gullible. And yet they cannot practise their vile trade if it wasn't for the believer.....


People who consult psychics and their ilk are already primed to believe. Few sceptics seek their services unless they are conducting research or engaged in exposure. The best audience is always a willing audience.


In the final analysis, the good psychic should be a good psychologist. From beginning to end the ‘reading’ is a farcical but often skilled performance which panders to susceptible people’s established beliefs and vanity. Interestingly, in a supposedly scientific and rational world (who am I kidding?)  large numbers of folk are prepared to give credence to this sort of thing. It is easy to say that they are all ill informed. This is not always the case and educated and intelligent people can fall prey. Certainly there is something fundamental within many that yearn for meaning not based on science and reason. In a way the supernatural is a beguiling temptress and a form of intellectual laziness. And while there exist people who readily fall prey to the supernatural, there will always be those who play the role of predator and promise to lift the veil from the supernatural world for an instant and for a price. 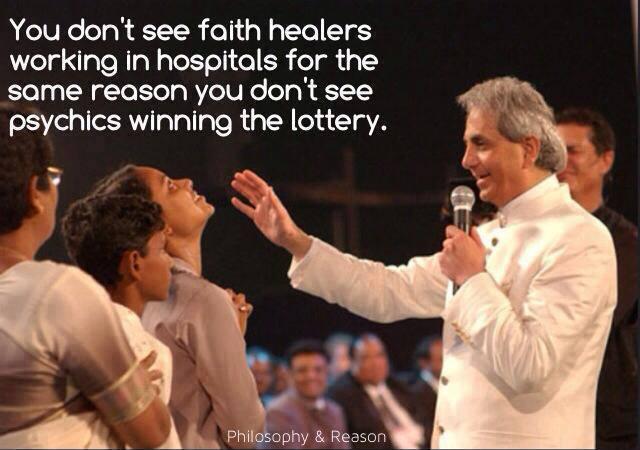