You are never alone with solipsism 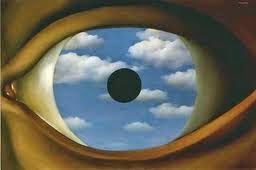 Solipsism is not only hard to pronounce it is also a peculiar philosophical stance with an ancient pedigree. This rather insular and introspective of philosophies was first tentatively broached by Gorgias of Leontini (483-375 BC). Solipsism is the belief, in its most extreme form, that only my mind exists and everything in my world is a construct of that mind. A less extreme form acknowledges the possibility of other minds and an external world but consider them inaccessible to the singular and subjective mind.

Solipsism is a logical conclusion of Cartesian contingent doubt. Descartes (1596-1650) is considered the first of the modern philosophers, and rightly so. His insight was to strip bare the problem of existence. He established that he could only be certain of his own thoughts which gave necessary credence to the existence of his own mind and by extension, himself. We are all privileged in this respect as we all have unique access to our own minds. Furthermore, it does not take a leap of reasoning to decide that as we can only access our own minds, and not others, we can never be really certain that these minds actually exist as independent thinking entities. This train of thought sets the scene for the modern concept of solipsism.

Descartes did away with the problem by the simple expedient of introducing God. A loving, benevolent God would not deceive his creations and therefore, at a stroke, plurality in an insane world was restored. Although Descartes stated the problem clearly, he offered a solution which would not satisfy the philosophers to follow and especially so, the British empiricists. Bishop Berkeley (1685-1753) extended solipsistic reasoning to its logical conclusion and denied the existence of matter altogether; matter became the construct of the mind. The unperceived chair does not exist. His philosophy was phantasmal and the dream of a madman. Equally fantastic, Berkeley saved the world from nonexistence by positing that God perceives all, even the occasional sideboard.

While the great philosophers were ready to state the problem, few actually embraced the concept, at least when sane. Solipsism has, in the main, been a stimulus for advancement in thought, especially when coupled to the problem of mind/matter duality. Indeed, for clever men, solipsism has always been a matter of high sophistry.

Solipsism, as a valid system, has been thoroughly discredited by modern philosophy. Wittgenstein (1889-1951) countered on the grounds of its linguistic and semantic absurdity. His arguments are highly technical, and as the second bottle of wine has started to kick in, and my head has started to loll to the side, I am disinclined to elucidate further. In addition, such a venture is likely to alienate the few readers that frequent this blog.

Most people at some stage in their life have thought, even if only fleetingly, that only they exist. And herein lies the kernel of the problem and perhaps its solution. We could dismiss this most extreme of philosophies by an appeal to commonsense. Commonsense dictates that solipsism is simply 'silly'. Of course, the counter argument could validly state that reality is often contrary to common sense. Consider quantum physics or notions of infinity.......


“As against solipsism it is to be said, in the first place, that it is psychologically impossible to believe, and is rejected in fact even by those who mean to accept it. I once received a letter from an eminent logician, Mrs. Christine Ladd-Franklin, saying that she was a solipsist, and was surprised that there were no others. Coming from a logician and a solipsist, her surprise surprised me.”

And in the final analysis, perhaps, this is all that is required
Posted by Flaxen Saxon at 09:34