A Rose by any other name would Smell as Sweet 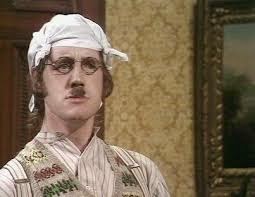 
There is a phenomenon which we should be aware of and of which we should be afraid. Be scared. It is insidious, it comes without warning and imposes. The effect is immediate, cannot be predicted and once established becomes the new reality. Read on, weep and experience true despair.

Remember when trucking was simply haulage? Sometime, indeterminate, it became ‘logistics.’  We went from ‘haulage’ which explained exactly what the process entailed, to ‘logistics.’ A word which no one actually knows the meaning of.

There was a time when every company had a ‘Personnel Department.’ It was usually ‘manned’ by a slightly scatty, middle aged woman in a floral print dress, called Peggy. The sum total extent of the job involved collecting application forms from potential employees and passing them on to the relevant departmental manager. Overnight, the nameplate changed on the door and became ‘Human Resources.’ Henceforth, the department was ‘manned’ by an overweight, middle-aged, single man, called Kevin. At least Kevin had a degree in Sociology. But just like Peggy, Kev was a virgin. Here the resemblance ends. Kevin arranged meetings that no one attended, initiated psychometric tests for applicants that never attended interview, and for no reason at all, attended interviews only to ask inane questions. All managers considered Kevin superfluous and took no notice of his reports.

When the fuck did ‘Oil of Ulay’ become ‘Oil of Olay’. And why did the powers at ‘Marketing’ determine it would be a good idea to change a vowel. This shit keeps me awake at night.
Snickers will always remain Marathon, to me….Amen.

And now we come to the really serious stuff. Rhodesia was once a prosperous South African country. I once looked away, and suddenly it became Zimbabwe. With a name change came economic collapse and barbarism. Last I heard the organs of albinos can cure AIDS. And furthermore, I hear they want to change the name of the town, of my birth, Tipton, to Tiptonstan. Let us be clear. I have never liked Tipton. Tis a dirty, industrial town, ugly with few redeeming features. Its only redeeming feature is the indigenous folk who live there and those who choose to leave as part of the English diaspora.

And don’t get me going about managers who use the expression ‘moving forward’………Arrrghhhhh. Arse.