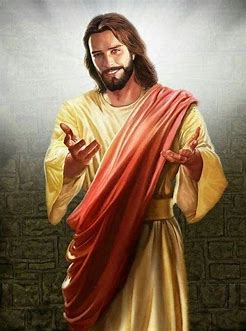 Was Jesus a person of history? Did he exist? This might seem a silly question. Surely, 1 billion followers can't be wrong. The four Gospels and the letters of Paul mention Jesus and define him as real man who lived during the time of the Roman Emperor, Tiberius. Is there any valid reason to question the veracity of these 'learned tomes'?

I need to state that I have no vested interest in whether Jesus existed or not. Either way, it would not change my world view. As an atheist it doesn't matter to me. However, I can understand that to committed Christians the answer to this question is of critical and vital importance. Furthermore, whether atheist or Christian, there is no escaping the fact that Jesus, and more importantly the way he was interpreted and expanded by later Christians, has had an enormous impact on Western, and therefore world history. The development of Western culture and society over the last fourteen hundred years has been driven and heavily influenced by Christian thought and zeal. But this is not Jesus' fault.

I'm not the first to ask this question. There is a growing movement amongst respectable Bible scholars and historians that challenge Jesus' existence. So, what is the basis for this view and more importantly what evidence is available to support their thesis, and the counter-thesis? It might be thought that the burden of proof lies with the nonbelieving skeptic, but this is definitely not the case. As with all positive beliefs, notions and concepts, the burden of proof always resides with the individual making the assertion.

The Old Testament (OT): Contrary to what many Christians believe, there is no real evidence that predicts the coming of Jesus, the Messiah. Tis tenuous indeed to think that the references to the Messiah in the OT can be squeezed into predictions concerning the coming of a specific individual called Jesus. Therefore, we are left with the literature as listed above, supposedly written by near contemporaries but not primary eyewitnesses of Jesus' life. There is also a smattering of non-Biblical references; more on this later. The paucity of independent evidence is  raised as a point in favour of the 'Non-existence' crowd. And it cannot be denied that the non-biblical references to Jesus are scant. Compare with other important important 'near' contemporises in history. Consider the wealth of evidence, from multiple sources, both written and from statures, coins and archeology, for individuals such as Julius Caesar and Alexander 'The Great'. No one familiar with the evidence would doubt the existence of these highly influential men of history. For Jesus, though undoubtedly one of the most important men who supposedly never lived, the evidence for his existence, from non-biblical sources is clearly lacking. This is easy to explain however, as Jesus was not a famous or important figure of his time. His fame came much later and was promulgated, with undoubted zeal, by later, fervent Christians. Contrast this to Caesar who was important during his life and influenced critical world events during his existence, at that time.

The New Testament is a mix of several styles and literary genres. One of these genres is 'biography' purported to illustrate key events in Jesus' life. This is not biography that would be acceptable in any modern sense. It is chock full of inaccuracies, frank contradictions and descriptions of events that would not be considered as historically true. Thus, it has to be acknowledged the bible is as very flawed collection of books, particularly as we require hard evidence that would stand in a modern court of law.

The main argument for Jesus' non-existence goes like this: It is noted that the life and death of Jesus closely follows the death and resurrection scenario of many mythical heroes and gods of the ancient world such as, Heracles, Adonis, Osiris and many more. These gods and demi-gods were born on the 25th December to virgin mothers, died for the sake of others and were raised from the dead. The parallels with Jesus' life are uncanny, however as an argument it suffers from several flaws. In their own time, it was recognised that these accounts of 'lives' were stories and not to be taken as having happened except amongst the highly credulous and feeble minded- often the same. Jesus was never interpreted in this way. Although there may have been debate in the ancient world whether he was fully man or a god, his historicity is never questioned. Even at that time there existed renowned scholars who were critical of the historical Jesus. Even, ancient critics of Christianity never question whether Jesus lived. His existence was taken as true.

Critics often cite the lack of contemporary, non-biblical, written evidence concerning Jesus. Surely an individual drawing large crowds in Palestine and performing astonishing miracles would have gained attention and consequently attracted attention of the literate elite. This not surprising. The tomes of the time written by Greek, and especially Roman writers, were mainly concerned with societies' elite. There is little mention of the peasantry. Palestine was a back water and the Roman's considered the Jews as a difficult and intransigent people. As for miracle workers, there seemed a glut. Palestine was awash with 'prophets' peddling their religious agenda. Miracles were common place in the ancient world and even sophisticated Romans considered miracle claims as valid. Tis really no surprise that Jesus was mostly ignored until he became a political threat. Even then he would attract scant regard. He was just one amongst a crowd of miscreants falling foul of the Romans' concept of swift and unpleasant justice. It was never a good idea to fuck with the Romans- nasty bucolic people, with all the vices concomitant with their breed.

This brings us to the written evidence, at the time, outside the biblical narrative. There are a couple of references to Jesus outside the canon of the Gospels and Paul's missives. Josephus, the Jewish traitor and prolific writer on the Jewish predicament mentions Jesus, briefly in his acclaimed book, 'Jewish Antiquities'. The fragment is considered as a true comment, however, meddling Christens couldn't resist a little embellishment. The other comment comes from the historian, Tacitus and Pliny. Again their comments are brief and terse. That, basically, is the only evidence written by non-Christians that we have for Jesus' existence. To be honest it is amazing that he attracted any attention at all.

Paul's writings and letters are interesting, although beware, some are undoubtedly forgeries. Paul, strangely had little interest in the historical Jesus. He was concerned with the risen Christ as a concept and there was no room in is thesis for a solid, breathing man called, Jesus. There is one redeeming feature throughout his prolific writings. He mentions that he met both Jesus' brother, James, and the Apostle Peter. The contact was fraught with doctrinal disputations. It is hard to conceive that he made up this narrative. I'm of the opinion that Paul was not that clever to deceive and produce such a compelling narrative. If Jesus' brother existed, surely he would have known his brother.

From what I've written tis fairly obvious that I'm a believer in the historical Jesus. Christian's can relax. For me, there is one clincher when it comes to evidence. And that is the principle of 'Embarrassment'. Jesus' prime message was apocalyptic. He expected the world, as is, to come to an end, NOW. He mentions that people alive, at the time, would witness this god given/driven momentous event. Christens are oft and prone to gloss over Jesus' core message concerning the end of the current world order. The expectation was that the risen Christ would become manifest during this world shattering event. But this did not happen and followers had to consider that Jesus' utterings were couched in terms ethereal and deliberately obscure to those who could not hear or see. Mayhap devout Christians would have to wait awhile.

This is all I want to say on this topic. It's really difficult to summarise this highly complex subject in a mere 1,000 words. I exhort my readers to read Prof. Bart Ehrman's book: 'Did Jesus exist'. A highly informative account of the issues and problems concerning the life of Jesus. He writes with verve and clarity and the book is aimed at the curious intelligent individual willing to immerse their selves in this fundamental and highly important question. I'm interested, with regard, to my readerships' comments and views on this convoluted topic as I'm aware that some of my readership are committed Christians: let me know in the comments.

Have you noticed? At no point did I mention a ferret called Shagger, or say Arse. Mayhap I'm on the mend: Shagger,  There is a way to go for my redemption. Arse. 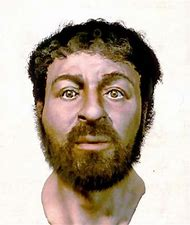