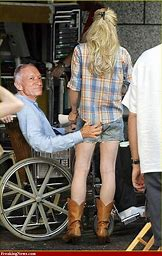 To be honest, I prefer the term, 'Twirley'. Apparently, in the UK, pensioners have earned the name because they have a tendency to appear at bus stops outside their allotted time for free travel. It seems the old and befuddled get confused and conflate time, according to their wont.

To prevent commuters being inconvenienced by hordes of rheumy eyed incontinent folk, there is an injunction that defers their free bus travel to none peak commuter hours. A sound policy, no doubt. No one wants to sit next to some old twat smelling of piss and rubbing liniment. Therefore, those Oldsters who are unable to follow temporal rules, are justly rebuked with the injunction: "You are too early" (Twirley), and consequently are forced to wait a more propitious time. Hordes of confused grampas are doomed to roam the streets bemoaning/bewailing the fact that in their day you could buy a brace of ferrets for tuppence a pound, etc. We certainly live in strange times.