Waiting for the Pharmacy to Open

Tis time for a little, light hearted, chortling. My recent outpourings have become a little serious. And what better way to unwind and relax the chuckle muscles than indulging in a rollicking good and humorous read.....

The following books are part of the new 'Ladybird Book' series with an emphasis on real life problems impinging on the denizens of this woeful affliction/affectation, called life. The Editors felt that the series had grown old, dated and stale and deemed it necessary to inject a modern perspective in order to ensure that the famed collection remained relevant in a chaotic and uncertain social milieu/melee. Read on and weep. 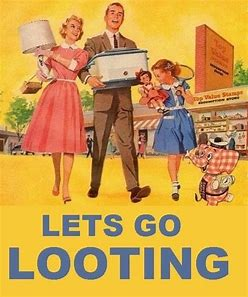 It would have to happen, eventually. Looting, or as it termed in our wonderful, New Age, 'Undocumented Shopping Without Remuneration', has arrived. Indeed, if there is an element of 'burning stuff', mayhap, the appellation, 'Combustion Enthusiast' could be added, without prejudice? Thus it seems, Looting has become mainstream and Middle Class. Arse, double, Arse. 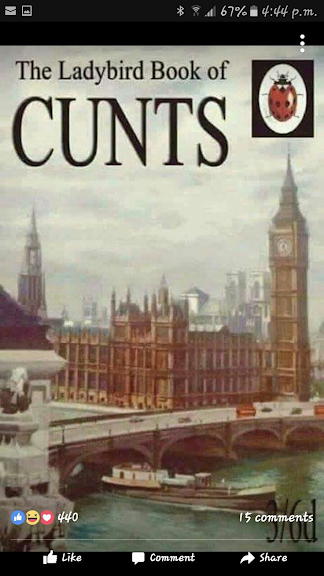 Unfortunately, this has turned out to be a rather thick book with many inclusions. Too many Cunts, not enough time. Should be called the thick book of thick cunts. 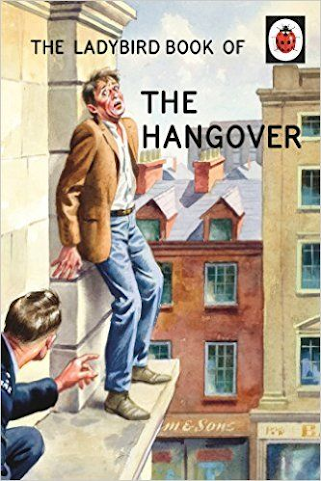 I'm sure most folk have their favourite hangover stories.
The only one that really stands out was the time, I woke, at 4am in the morning, totally naked, lying on a park bench with a Chinaman sucking my toes.......Of course, this story might be apocryphal depending on status sobrietus (not a real word). Are we allowed to call Orientals, Chinamen, these days? Are we allowed to call Chinamen, Chinamen, these days? Gets confusing: so many words in the English language that we can no longer use. I remember what my old dad used to call them and it wasn't pesky and wily. Nuff said. 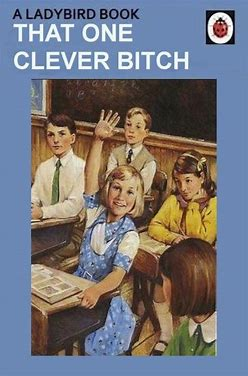 When I were a lad of about 11, the 'one girl' in our class was called by the unassuming name, Leslie Green. She was very smart and precocious and as positive traits seem to associate, was very pretty. She was always the first to put her hand up in class and as evidenced by the number of gold stars awarded, she was also the smartest. I'm sure you can't do this sort of thing these days, but back in 1966 my class had a board prominently displaying pupil's names and next to the names a series of gold stars were accrued, indicating individual acts of scholarly excellence. I remember, very distinctly, seeing a total of 37 stars next to her name. If you are wondering: the flaxen haired one was exalted with 2. This might appear to be a conundrum to my readership who have come to see myself as an intellectual giant amongst men (more god than man, mayhap?). All I can say is, that intellectually, I took a little time to mature. In retrospect I like to call this period in my life as, 'getting covered in the mud, blood and snot resurgence'. However, there was one pupil deemed even less promising- David Manning. Poor, 'one star' David (no pun intended). I often wonder what became of him. Let me say this: if there was ever a profession requiring extreme proficiency in the stuffing of plastic gonks up nostrils, then David would no doubt be the top exponent of the craft. 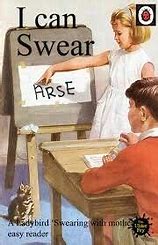