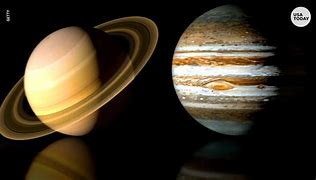 Artist impression of tonight's conjunction after 15 pints of best ale

Tonight will see the conjunction of the planets Jupiter and Saturn in the night sky. They will appear just a hairs breath from each other. This is the closest conjunction for 800 years. The last time, Genghis Khan and the lads were laying waste to vast regions of the known world punctuated with the occasional mound of skulls.

For simple folk, significant planet alignments have been viewed as harbingers of bad portent. Even today, the 'Doomsday Squad' are predicting unpleasant side effects accompanying this outré cosmic phenomenon. Some enterprising souls have found the following Nostradamus quatrain strangely prescient:

'And when the flaxen haired man of the Isles (no relation) doth contend with the plague,

A bright star will appear in the West and cast a baleful light/blight upon the land.

The peasantry will be confined to their council houses (sic),

And tarry not to the local pub and Harvester for unlimited salad and two steaks for one, Monday only (before 8pm)'.

I'm astonished that any sane person can see any parallels with Nostradamus' scribblings and today's momentous events. Nuff said. 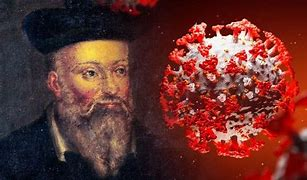