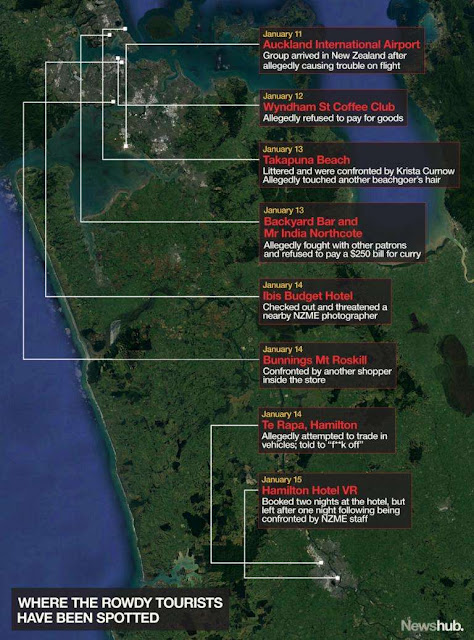 They destroy the world simply by walking through it

It appears that the ‘filthy gypos’ laying siege to New Zealand has captured the Kiwi imagination, so much so that I decided to post a brief update on the feral band as they descend down the North Island leaving havoc and consternation in their wake. Refer to my previous post for information.
There is a sign of hope. The government have served a deportation order, however, as one of my astute readers pointed out, the gypos have 28 days of grace in which to appeal. More than enough time to complete their plan of laying waste to great swathes of this beautiful country.
The Irish Consulate have expressed concern that the ‘travellers’ are assumed to be Irish when in fact they hail from England. Erm, methinks they protest too much. The Irish accent is particularly strong and highly characteristic of Pikey folk. The Consulate also bemoaned the stereotypical labelling and cried racism- so they do know they are Irish tinkers then! If any group deserves to receive stereotypical branding it is these folks. Interestingly, even the national Irish press is referring to the predatory mob as ‘Irish travellers’: If it looks like a duck and quacks like a duck……..
The ‘Scourge of God’ left Auckland to continue their merry travels/travails south. On arriving at a Hamilton petrol station they were pounced upon by the diligent plod. One of the party was promptly arrested; a 26-year-old woman was charged with theft. She appeared in the magistrate’s court next day where she was fined the majestic sum of $55.
Gypo spotting has become a popular sport in NZ and a Facebook page has been set up to chart the progress of these travelling folk as they rollick south.
Yesterday, the unruly group appeared in Wellington (getting too close for comfort) and tried to convince the manager that they had made a prior booking for ten. This certainly was not the case and anyway, the Motel was fully booked. By their motto, they live: Lie, Cheat and Steal.
The Kiwis seem to have found the measure of the ‘tourists’ and are reacting as any decent folk would; they are treating the interloping wretches with disdain 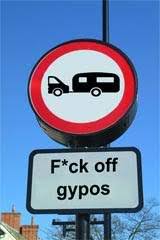