Since moving to our current property we haven't hosted a 'house warming' party. So I sent the following invitation to erstwhile colleagues..........

The Flaxen household and Estate would like to extend a cordial invitation to attend:
‘An Archery Experience Extravaganza and BBQ’

Tis touted as the greatest cultural experience since the sack of Rome by ‘Alaric the Visigoth’ in 410AD. This invitation extends to all lab and clinical staff, inclusive of acolytes, concubines and ‘fruits of the loins’ (bastard and legitimate seed deemed acceptable). 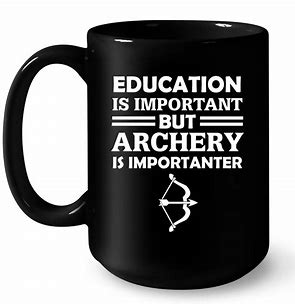 Ample overnight accommodation is available as evidenced by three spare bedrooms. Extensive floor space is augmented with expansive outdoor grassed areas; tents are eminently acceptable. Be cognisant: If you declare to dorm ‘el fresco’, you must be willing to accept a nocturnal visitation from Rowen, the Alpaca. Don’t be alarmed! To appease Rowen and avoid being spat upon it is advised that you allow him to share your sleeping bag. Don’t be put off by the smell or his moist exuberance.
The proceedings will commence with a fanfare from the local/vocal solipsistic society (only one member is expected to attend). Thereafter a BBQ will proceed accompanied by a surfeit of burnt meat. Please supply requisite comestibles and copious amounts of alcoholic drink (freeloaders will be shot).
Later in the day, the main attraction will commence. Archery butts will be strategically festooned in the ‘East Field’ (aka the field of perdition). All equipment will be supplied by your gracious hosts to wary participants. A range of bows and sundry accessories will be available after intense but brief interrogation. Ornate and fragrant towels will be provided to soak up the blood.
Subsequently, and after a bout of heavy drinking, members of the Saxon household will exhibit archery prowess whilst atop the ride on mower. To follow, ‘Flaxen the Magnificent’ will attempt to shoot an arrow off a child’s head to commemorate the 2,000th anniversary of the ‘Massacre of the Innocents’ by Herod ‘The Great’. Take heed and heart, ED is but a thrice away by motor vehicle.  Next, a wild rabbit hunt will emerge presided over by the indomitable, ‘Shagger the Ferret’. The highlight of the festivities will be heralded by a blast of a Jericho horn. Thereafter, young children will be encouraged/forced to paint archery targets on the incumbent Alpacas which roam the property with, hitherto, scant regard and impunity.  Participants will be encouraged to shoot at will. Incendiary and explosive tipped arrows will be available, on request. The first archer to draw blood or bone wins a flagon of Flaxen’s homemade Ale, ‘Ol Bowel Blaster and Drain Cleaner’. Please note: It is inadvisable to imbibe said, Ale, as it is likely to strip the enamel off your teeth and turn your faeces white.
The culmination of the evening will involve a torch-lit procession to local properties during which, in drunken appreciation, several conflagrations will ensue

Here are a few endorsements penned by intimidated neighbours following previous extravaganzas
Mr Mugumbo (Bide a wee nook): “Flaxen has a tenuous grasp on reality and teeters precariously on the brink that is the abyss of frank insanity”.
Mr and Mrs Van der Pump (The Willows): “Mr Saxon has the unbidden disconcerting proclivity to shout out: ‘ARSE’ at the top of his voice at every inopportune opportunity”.
Mr P Evert (Tipton Prison): “Mrs Saxon is often observed, through my high-powered telescope, totally naked in her bathroom”.
Anon: “Mr and Mrs Saxon’s son, Athelstan, demonstrated the concept of nuclear fission by placing my hamster in the microwave”.