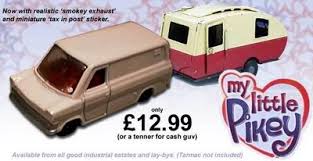 I’m not a fan of Irish tinkers, Didicoys, Pikeys or as I like to call them: ‘filthy, thieving gypo bastards’. I have had the delectable experience of interacting with this delightfully ‘rustic’ and culturally charming group of people, in the past, in the UK. I now reside in New Zealand, a land remarkably free from these loathsome, wretched folk. The average Kiwi is blithely unaware of the unwashed antics of this socially repellent and unrestrained group of savages- until now. For it appears a group of gypos is causing havoc and consternation in the sleepy suburbs of north Auckland. The itinerant gypo tourists first caused alarm on the flight to NZ. According to fellow passengers, the mob demanded larger seats because of their gross obesity, begged for copious amounts of booze and generally intimidated others by their general demeanour and socially nauseating behaviour. Characteristically, this charmless band left soiled baby clothing in the overhead compartment; how delightful.
Soon after the mob turned up on Auckland’s North Shore at the fashionable and picturesque beach of Takapuna. Here they engaged in general mayhem leaving behind a mound of beer bottles and crap. Enraged locals engaged these rascals/rapscallions only to be subjected to verbal abuse and threats of physical violence. A video of the incident has gone viral: refer below. The family later ordered food at a nearby Nandos restaurant, before demanding a refund. There are reports of unpaid bills at other food outlets
The local police are aware of the problem and will be confronting the group when they catch up with them. Surely, this shouldn’t take too long, just follow the wake of destruction and pandemonium as they devastate the North Shore.
Genteel and respectable North Shore residents are completely unprepared for this sort of social and environmental dislocation. The local plod is normally used to dealing with the odd lost cat and helping befuddled pensioners find their way home and are unequipped to deal with a rampaging mob akin to Genghis Khan and his horde. Inspector Kevin McNaughton, spake thusly concerning the problem: “Police will be speaking with those involved and will be referring them to Auckland Council with regard to their behaviour around the littering of rubbish. Police would like to remind the public that offenders caught illegally dumping rubbish may be issued with a fine of up to $400. We pride ourselves in our clean, green image as a country and thank the members of the public who reported this behaviour on this occasion”. The poor bugger hasn’t got a clue.  Considering the ‘law-abiding’ nature of the average feral gypo, I’m sure they will see the error of their ways, repent and express genuine contrition for their grievous transgressions. Forthwith and with alacrity, this happy band of travellers will stump up the fine and subsequently refrain from any further anti-social activity……….Wank bubble.
May I respectfully request and submit that the NZ army is assembled to round up this herd of animals and place survivors in gaol until they can be shipped back to whence, they came. There really is no point in trying to reason with these people or expect them to conform to the mores of a civilised society.