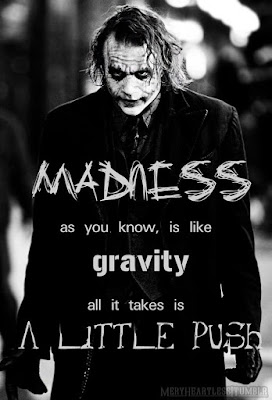 A concerned reader writes: "Dear Flaxen, I confess I'm  a little worried about your mental state. Your writings lately seem even more bizarre than usual and what is this pre-occupation with Japanese snipers all about? Surely there hasn't been any Japanese snipers hereabouts for over 70 years."


FS: "Thank you for your heartfelt concern. I assure you I am quite sane. My psychiatrist, Prof. Mugumbo, reckons I'm toward the extreme end of the 'normality' spectrum, so there are no grounds for your concern. I'm not expected to descend into the black pit of insanity any time soon.


Just to show how sensible and sane I've become I've decided to write a very, very, sensible post about gravity.


I wrote a piece over a year ago about the mysterious force of gravity. You can check it out here. in the 17th century was able to describe this mysterious force very well but had no idea what it actually was and how it could operate at a distance. Gravity is the weakest of all the physical forces and is dependant on mass. Simply said, the greater the mass, the greater the force. A force which decreases between two objects according to the inverse square law.


The great insight of Einstein was to realise that gravity is not a force as such but the consequence of mass distorting space/time. Space is an actual physical entity which can be warped and bent by mass. The greater the mass, the greater the distortion. In this regard gravity represents an artefact of matter-how weird is that?


Einstein predicted that mass should initiate gravitational waves propagated at the speed of light and ever since physicists have been trying unsuccessfully, until now, to detect these elusive phantoms of the universe. The problem is that gravitational waves, or ripples in the fabric of space time, are hard to detect. Only catastrophic stellar events are expected to produce waves within our modest capability of detection. Thus, massive twin black holes orbiting each other, or other prodigious events, are required to produce ripples in space-time large enough to be picked up on earth.


Enter the LIGO (Laser Interferometer Gravity Observatory) programme in the . This ambitious programme was designed to detect gossamer, ephemeral, gravity waves. In principle the concept is simple. Shoot light down a 4 km vacuum tunnel and bounce the light off mirrors thus increasing the distance the light has to travel. Before the journey the light is split into two rays and off they set in different directions through the labyrinth. Ultimately the separated light beams are reunited at a detector. If the beams arrive back at the detector at exactly the same time, then paradoxically, there is nothing to detect as the merging light rays cancel each other out. I don't have space to introduce the concept of electromagnetic wave interference here. However, there are some great resources on the web and a quick Google search will satisfy your curiosity for intellectual enlightenment.


According to LIGO researchers, they managed to detect the union of two black holes 1.3 billion years ago. The gravitational waves engendered meandered at the sedate pedestrian speed of 186,000 miles per second and became manifest at earth to impinge on LIGO's light rays as they pulsed through their 4km plus sprint. This incredibly faint ghost of the event was picked up by LIGO's detectors in September last year. You bet someone(s) is going to reap a Nobel prize for this and deservedly so for detecting a change a thousand times smaller than the width of a proton. The tiny ripple in space time interferes with the light beams and when they are reunited they are no longer in perfect phase. This phase interference can be detected and measured. In fact there are two detectors, one in , the other in . For a result to be considered significant, simultaneous detection of the gravitational wave is required by both instruments.


So what does this mean for the future direction of cosmological research? To date, all that we know about the universe is down to the detection of electromagnetic radiation of varying wavelengths. The ability to detect gravitational waves opens up a whole new vista of research and will allow clever physicists to explore the nature and fabric of the universe in ways novel and diverse. I will endeavour to inform as the story develops.


Ya see? If I was stark raving bonkers mad I wouldn't be able to pen such a serious blog article, now would I? soapy tit wank.
Posted by Flaxen Saxon at 18:10