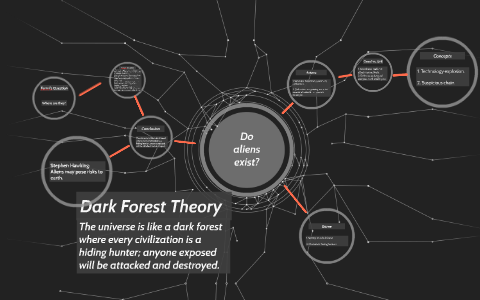 I've considered the Fermi Paradox before on this blog. A simple search will expose the post in all its magnificent glory. For those that can't be bothered I will outline the main details: We have now determined that, in our Milky Way galaxy alone, there are billions of planets (some 7 billion earth-like) orbiting other suns capable of supporting life. Given that the universe has existed for 13.8 billion years we would expect that life has evolved many times on many of these exoplanets. It is reasonable to expect that conceivably (highly likely?) there will be alien life forms more technically advanced than ourselves. In fact, it is not inconceivable to consider our galaxy, and by extension the universe, to be teeming with intelligent life. But even though we have been actively 'looking' for intelligent life for 70 years or so, we have found absolutely no evidence to suggest intelligent life is 'out there'. In essence, this is the Fermi Paradox in stark simplicity.

Various solutions have been proposed to explain this most vexed of paradoxies. The Great Filter: Mayhap there is a 'barrier' preventing the formation of advanced civilisations. There are several possibilities. Life on Earth can be divided into two domains, prokaryotic and eukaryotic. Bacteria are good examples of prokaryotic cells and all multicellular organisms are eukaryotic. Bacteria are less biologically complex than eukaryotic cells. It has been hypothesised that the evolution from prokaryotic life to eukaryotic occurred only once in evolutionary history. The evidence for this hypothesis is very convincing and in the near future, I'll generate an article outlining its importance and significance for higher life. The biological complexity of eukaryotic cells allows the formation of multi-cellular organisms ultimately evolving to intelligent life. It has been argued that this original mutation is incredibly rare (?almost impossible). Could this be a valid explanation of the paradox? Or maybe there is a more sinister explanation. Perhaps civilisations in the cosmos are very like us and have destroyed themselves by war or by the exhaustion of essential resources. Regardless, it is possible to theorise a number of 'filters/barriers' preventing the formation of highly advanced extraterrestrial life forms capable of intergalactic travel.

Another theory for consideration is the so-called, 'Dark Forrest. Perhaps the universe is teeming with intelligent life, but the sensible civilisations are lying low and quiet. Consider the following scenario: We know that an essential element faced by all life on earth is competition. There is a limit to the number of useful resources in a given environment, this fosters competition, not only within species but between species as well. This competition for resources is an important driver of evolution. Humans are here because our ancestors were aggressively competitive and modern humans continue to be so. It is known that modern humans coexisted with other humanid species, Neathandels being the most prominent and well known. However, all these human-like species eventually became extinct and by 10,000 years ago Homo Sapiens was the only species left in the great arena of life. It is likely that Homo Sapiens out-competed their brethren either indirectly, or directly, or more likely, both. There was only one niche available and the more aggressive, and perhaps the more intelligent species prevailed. Competition within our species is a constant. History is replete with instances of more advanced civilisations coming into contact with lesser developed societies. The outcome is inevitably catastrophic for the 'lesser breeds'. It is innately ingrained in the human soul to take advantage of others to their ultimate detriment. Anthropologists used to have a rose-tinted view of our pre-history ancestors as pacific individuals living in peaceful harmony with others. Recent archeological data has shattered this rather naive picture of ancient man. Evidence has become available showing mass graves with individual skeletons exhibiting obvious marks of violence. Inter-human violence is a ubiquitous quality of mankind- ain't dat the sad truth.

There is no reason to expect that alien civilisations have not been driven by similar aggressive principles. This assumption is crucial to understanding all life at the fundamental level. Evolution is driven by selective forces acting on individual organisms. In fact, tis inevitable. These selective forces, all other things being equal, will result in the 'most fit' organism passing on its genes. It is conceptually useful to consider living organisms as vehicles for the storing and passing of genetic information. Ultimately it comes down to genetic transfer to future generations. Success or failure is dependant upon how well the genetic storage system is at reacting to the myriad of external elements impinging upon the system. Some folk take exception to this extreme reductionist viewpoint as it takes all the romance out of life. Nonetheless, DNA cares not a jot for our pathetic emotional debris and detritus. Success is only achievable and sustainable over the corpses of others. Therefore assimilating and taking these fundamental principles into account perhaps it is best, for humanity, to lie low and not attract attention from potentially hostile, expansionist, and predatory alien species.

Of course, because evolution favours the development of base aggressive instincts, it does not necessarily mean that aliens will react negatively to others in the great wide cosmos. Humans pride themselves on their ability to control their atavistic, primitive impulses/instincts and to formulate a humane and empathetic demeanour. These qualities set us apart from all living things, with a possible couple of exceptions. Is it fair to suggest that a highly advanced technical alien species would be so disposed? Would you be willing to bet your life on it? Perhaps the alien life form would be so advanced that our feeble attempts at technology could be conceived as unrepresentative of life worthy of their contemplation? Why not bat us aside as we do a fly?

This brings us back to the Dark Forest theory. There are only two types of technically advanced alien civilisations 'out there': the quick and the dead. The universe might be teeming with life, but no one is advertising their existence, just in case....... But what happens if we do detect an alien civilisation? In reality communication with an alien civilisation would be the speed of light. The cosmos is a vast arena and it is likely the aliens would be many light-years distant. Perhaps they have advanced enough to warp space and time. In theory, after the initial communication, they would be able to travel to our system almost immediately, if they so chose. In that case, we might expect benign, friendly contact, or an invasion fleet. Imagine the panic engendered as the world leaders contemplate their options. Certainly one of those options might be a preemptive strike as they materialise within our solar system. Come out blasting and damn the consequences.

Seriously, in such an eventuality, there is much to contemplate. We may be worrying unduly. Am I being unduly pessimistic and/or simplistic? Perhaps we are the only intelligent species in our big wide universe and that this is the best outcome for our species. What do you think?