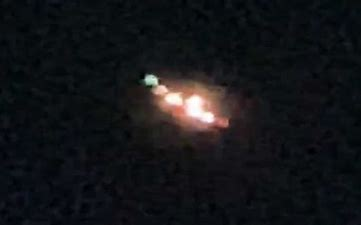 Everyone is  waiting, with bated breath, the much hyped report by the US government concerning UAPs (Unidentified Aerial Phenomenon). Apparently, this is official speak for the old moniker, UFO.  The release, supposedly, has been driven by the 'leak' of three videos showing UAPs, on radar and other monitoring modalities as viewed by military aircraft and warships. For your edification, check out the videos on YouTube.

On first examination the videos appear astonishing. It is to be noted that the recorded images were made not by instruments relying on visual light spectra but on radar or infrared instrumentation. Thus, most of the imagery is open to distortion as a natural consequence of these modalities. So far, the US government has been circumspect in their interpretation. What they will say is this: The observations are not hoaxes and that they are not due to advanced American devices. What has impressed many is that the images appear to be travelling, in some instances, at great speed; the maneuvers are not consistent with known terrestrial craft; and in a least one instance the 'craft' appears to abruptly enter the sea or simply disappear. Heady stuff indeed. But before we shout, 'Aliens/Xenomorphs', let us take a step back......

Before I address the extraterrestrial scenario, a few image analysis experts have come up with explanations that are considered artefacts of the measuring devices. This is not an area I feel able to explain as my expertise lies elsewhere. I've listed some possibilities, as proposed by experts, and added a link explaining how these effects could be responsible for UAPs. I'd welcome comments from my readership concerning these possibilities, especially from those with relevant expertise/experience.

All Right. Let's Talk About The UFO Thing | Answers With Joe - YouTube

This is Flaxen's take on all this: Before we propose an extraterrestrial explanation it is prudent to explore, exhaustively,  all natural phenomenon and artefacts. This is vitally important as some folk jump to the extraterrestrial explanation before considering 'Earth Bound' explanations. A host of natural phenomena have been put forth in an effort to explain UAPs. 'Little Green Ferrets', er, I mean Men' are not required or necessary.

So, if we can't stretch the 'artifact' explanation, what else? None, other world explanations include such banal objects, as flocks of birds; weather balloons; aircraft; the planet Venus; drones and objects, numerous. Go look. That said, I'm not suggesting that the videos of the UAPs mentioned here are any of these. Of concern, is that a foreign power(s) has progressed their technology to a capability beyond the expertise of  Western science. Supportive evidence is garnered from the consideration that these sightings are often recorded in the vicinity of military/nuclear facilities. Of course, the Russians and Chinese have denied that they are responsible- but they would say that, wouldn't they? On balance, looking at the available evidence, I would say, nay. Could be wrong though, I'm not infallible.

Here is an interesting observation: Why is it that the images observed are always blurred, as if from a lens, darkly discerned? We never observe, clear, unequivocal, sharp images. With the ubiquitous use of iPhones, there is an expectation of clearer images. The images recorded by the military are not within the visible light spectrum; this does not aid clarity.

And then we have high definition satellites. The images recorded are crisp and can pick out an individual playing basket ball from high above our atmosphere. But, no well defined image of a UAP.  Mayhap, 'The Powers that be' are not being forthcoming. A conspiracy theorist's dream.

If we are to remain rational we must maintain an open mind and expect any explanation, even if bizarre, as long as we have overwhelming evidence. Frankly, as yet, I've not seen such evidence in support of an extraterrestrial origin. This is not to say I deny life outside our cosy, warm, terrestrial environment. I do believe in life outside our little blue world but I suspect most organisms are nothing more than heaving mats of bacteria. However, I'm open to the vision that intelligent beings are out there. This doesn't mean they have the wherewithal to travel vast interstellar distances and skid about our atmosphere, with relative impunity. If we are inclined to believe in Einstein, as I'm inclined to do so, then faster than light travel, is not possible. Therefore, we are left with 'Warp Drive'. If you can access energy, akimbo, then in theory, at least, it could work.

As said, many times by rational folk, various: 'Tis Never Aliens'. I think this is a reasonable, default position. Until we have good evidence to the contrary, rational stasis is how we should regard the topic, at least for now. 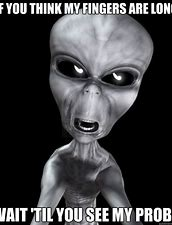