Observations and Thoughts on Higher Education 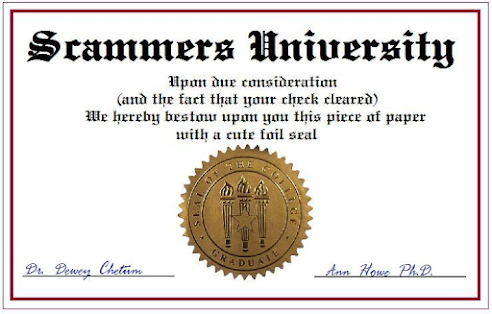 I'm the successful recipient of higher education. My University degrees and other higher professional qualifications have helped me secure my profession of choice. My career was been successful but now I'm winding down to sample the delights of full-time retirement. Consequently, having gone through the education process I feel I have a reasonable grasp of the issues involved in obtaining a higher education and the advantages and disadvantages that naturally follow. What follows is my own thoughts on higher education especially pertaining to our 'Modern World'. Things have changed and not everyone has caught up with the new paradigm.

When I entered University in the 1970s, in the UK, education was 'free' (go tell it to the tax payer). Not only was all my tuition and accommodation  paid for, but I also received a grant. When I left the hallowed halls of academia, I was free of debt. At that time 5% of the UK population entered University and a degree was looked upon favourably by employers as a legitimate expression of your intellectual prowess.

Today, 50% of British nationals attend University. That is some change! Clearly, a uni education is seen as a desirable pursuit and the government has actively pushed through schemes to enable students, not usually deemed likely to partake, to enter University. So, what are the implications. First of all, higher ed was seen as an essentially middle class enterprise. Of course, working class students went to uni, I was one of them, however the numbers were a lot less than their middle class brethren, at that time. Today, higher education is much more egalitarian. The promotion of higher ed, amongst the whole populace has had its consequences. No longer can governments fund this level of 'education for every man', thus education now needs to be supported by the student by the means of loans. No more free education; no more living grants. At the end of their educational stint, the student will have to pay the full amount, plus interest, albeit over a relatively long period.

One consequence of this change is that a university degree no longer pulls the academic weight it used to have. By necessity education standards have slipped, and I will state the unimaginable: there a lot of students at uni who don't have the intellectual acumen to justify attendance. Shocking, I know. And here is the dilemma: universities make money proportional to the number of students they attract. Education is now run as a business and universities openly tout their wares in a highly competitive industry. With more students the educational standards must drop to accommodate those students that, normally, in the past, would not have  been considered eligible. As a business, universities actively discourage failure- 'everyone shall pass'. I have first hand experience of this phenomenon. When I worked full-time I was the department's dedicated training officer and gave lectures on genetics at the local university and trained 4th year students in the practical and theoretical aspects of my profession. During my tenure I came across a surprising number of students that were clearly not intellectually competent to undertake the course. There is one incident that remains fixed in my mind and illustrates the problem. One student of mine was just bloody awful. All students had to undertake a genetic research project that I marked. This student's effort was pitiful and frankly, in all conscience, I could not give a passing grade. Once the 'powers that be' heard of my decision I was instructed to revise my mark to a passing grade. I refused and I was removed as this student's supervisor. Oddly enough, the new mentor managed to extract a pass from this dismal effort of acaedemia. Point made.

Another important point: the move to a business model has resulted in universities becoming very creative when it comes to courses. Over the last couple of decades there has been a burgeoning (nay plethora) of what I shall term, useless degrees. For example you can obtain a degree in gender studies or perhaps a degree in David Beckham studies? Mayhap you would be more suited for a degree in parapsychology or even a deep investigation/penetration into the phallus. The mind boggleth. It is hard to see how these degrees prepare the graduate for the cut and thrust of the modern world. Of course, you could argue that more conventional degrees, such as philosophy are equally useless. In these circumstances I am endowed with clairvoyance. Through the clearing mist of my crystal ball, I see a lifetime of minimum wage jobs stretching unto infinity/eternity...... On the bright side you can now obtain a degree in MacDonald studies and you get a free MacDonald's combo as well.

Another interesting effect of all this higher education is that employers are very canny when employing graduates. Obviously STEM graduates remain highly employable especially those graduating in engineering and physics. Employers can be very selective, not only with regard to subject matter but also to the institution from whence the degree hails from. Sadly, there are downright fake institutions, that for a fee, will grant you a degree of your dreams, without any study. Perhaps more insidious is the rise in colleges, often involved in online studies, that will provided some form of education. However, this education is sub-standard and in all instances, the college is not accredited with a respected academic organisation. It is very easy to weed out these 'colleges' using the magic wand, GOOGLE.

This topic is way too detailed for a single blog post. In order to provide clarity and context, further posts are necessary and consequently I will follow-up this seminal post with additional material. Watch this space! Arse, big fat, arse.