The Cultural Influence of Greece Upon Rome

Happy New Year and belated Yuletide greetings to all my readers. May this year provide great bounty and may your esteemed countenances be showered with honeyed sweetmeats and stuff. 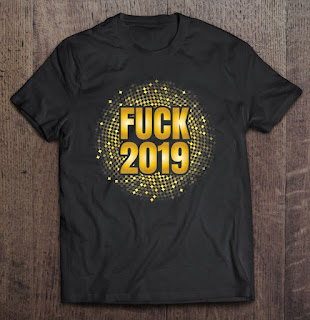 Now moving on to the topic in hand.

By the beginning of the third century BC, the western Mediterranean was dominated by the city-states of Carthage in north Africa and Syracuse in Sicily. Alexander, The Great (356-323 BC), had concentrated his forces and conquests toward the east, however, once his eastern conquests had been completed it is likely that his war machine would have turned west to tackle Greece's oldest enemy, the Carthaginians. But it was not to be as Alexander died at 33 and left his vast, but fragile empire, to be divided between his quarrelsome generals.

At the time of Alexander’s conquest, Rome was still expanding and consolidating power in the Italian peninsula. By 290 BC Rome was in control of the majority of Italy after the ultimate defeat of an old intractable enemy, the Samnites. The next step for the Romans in their pursuit of Italian domination was to move against the Greek dominion of southern Italy.

The Greeks had carved out a presence in southern Italy in the eighth and seventh centuries  BC. The first city to come under the Roman heel was Neapolis in 327 BC. Others followed during the Samnite and Pyrrhic wars. The Greek city of Tarentum was the last to fall on the mainland in 272 BC and the Greek city of Syracuse, Sicily, was absorbed during the Second Punic war (212 BC). Further contact between the Greek and Roman world would continue as Roman power expanded during the Punic wars and it was inevitable that Rome would come into conflict with Macedonian power. By 148 BC, Macedonian power in Asia and Europe had been broken and only the Macedonian Egyptian monarchy remained unsullied; leastways by Roman power.

After this brief introduction, I would like to consider the cultural interactions between Rome and Greece during this historical period. Firstly, let me deal with the impact of Roman culture on the Greeks: I think it can be said, with confidence, that the cultural impact of Rome upon Greece was virtually nil. The Greeks were notably and rightly proud of their contribution to the arts and philosophy and were loath to assimilate, with minor exceptions, cultural influences from other nations. Haughty Greeks were of the opinion that non-Greek peoples were barbaric and inferior. However, when the Greeks came into contact with the Romans, although they considered them inferior in terms of culture and civilisation, they nevertheless recognised and respected, albeit grudgingly, Roman military might and their inherent political stability; political stability was never a quality that could ever be ascribed to Greeks, then and now.

The effect of Greek culture on the Romans: When the Romans came into contact with the Greeks it became obviously manifest to them that they were vastly inferior to the Greeks in artistic and intellectual endeavour. Roman culture seemed tawdry in comparison and Greek culture captured/captivated the imagination of the Roman elite, especially the young. Cultivated Romans strained to learn Greek and ape Greek mannerisms and culture. The relationship was essentially parasitic as Rome never developed a new art form or an original philosophic system.  However, the promulgation of Greek ideas and culture did not sit well with conservative and traditionalist Romans. Traditionalist Romans considered the Greeks as effete, decadent and prone to homosexuality; by this time in history, the Greeks were guilty on all accounts. Cato the elder (234-149 BC) was a good representative of the conservative backlash after the second Punic war. He hankered for a return to simple Roman virtues. Of course, simple virtues whatever they represent, are for folk who cannot see and most folk are blind. Although Cato could lead a simple life of dignitas and virtue, few had the iron will to follow him into his unbending and austere landscape and regimen. Cato represented 'old Rome', an ideal that existed prior to the Punic wars. Then, the Romans had been a simple bucolic folk endowed with all the qualities of farmers: austere, brutal, hardworking and stupid.

The first contact with the Roman war machine came as a shock for the Greeks who perceived the Romans as wantonly brutal. After a few battles, the Greeks maintained a healthy respect for Roman might and the fear of atrocity was ever-present.

In the end, the stability of 'Pax Romana', over several centuries enabled Greek culture to endure and spread. This was particularly so in the eastern part of the empire centred on the city of  Constantinople. There developed a divergence within the empire. Greek became the language of the eastern empire and Latin was reserved for legal documentation and letters to the emperor, while the western part of the empire, spoke Latin. The barbarian incursions of the fifth century AD destroyed the last of what was Roman civilisation in the West. However, the eastern part of the empire, although beset with numerous enemies, managed to endure for a further thousand years. During the 'Dark Ages,' Greek culture and learning were lost to the West. Rude Germanic barbarians cared little for sophistry and the dialectic. In this case, the sword turned out to be mightier than the pen. In the seventh century AD, the conquering Arabs acquired Roman lands in the east and quickly became acquainted with Greek culture and civilisation. They were suitably impressed and they began to translate and issue commentary on Greek texts thus, what had been lost to the West became preserved. Contact with the Muslims in Spain resulted in learned men of the West becoming reacquainted with Greek ideas, knowledge, and philosophy. This acted as a spur and impetus to Western learning in the eleventh century leading to the rise of Scholastic philosophy. In addition, wise men of the West came to know Arabic numerals, algebra, and alchemy. They quickly realised the importance of the Arabic counting system and its superiority over Roman numerals.  The scene had been set for the European renaissance, the rise of Western science and European world dominance. But that, of course, is another story.