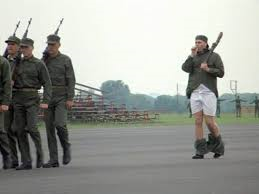 Today’s post is a little different to my usual fodder. For today I’m going to consider an almost forgotten aspect of the Vietnam war. This post is not about an evaluation of the war in terms of geopolitics, its military effectiveness or its impact on American society of the time. All these aspects of the war are worthy of commentary- but this not what this post aspires to be.

At the war’s height during 1966, the then incumbent Minister of Defense, Robert McNamara, implemented a policy of inducting citizens into the military who previously would have been below the required mental standards (Project 100,000). It may seem a surprise to some folk but most militaries throughout the world implement some form of cutoff concerning the military usefulness of its citizens. For the general soldier, historically at least, the bar has been placed rather low with regard to educational and intellectual attainment. It could be argued that modern soldiers are judged by higher standards due to the highly technical nature of modern munitions. However, in the instance under discussion, men who were fundamentally illiterate were deemed acceptable. Previous to the implementation of the project, men who did not reach the basic levels of literacy would have been excluded from service. In addition, other categories of human flotsam were added to this disparate/desperate category including the physically unfit and those unable to speak English. It is estimated that 345,000 men, of this designation, were drafted into the military- many of this number going on to fulfil an active combat role. Project men who failed basic training were assigned to Special Training Units, with all the horror that the designation ‘Special’ entailed.

Ostensively, the project was peddled to the public as a means to provide men at society's margins with training and the opportunity to obtain skills that would be denied to them in civilian life. Thus once their period of service was completed they could reintegrate into society to perform useful productive roles. But this was just a subterfuge. At this stage of the war, the US was struggling to fulfil their draft quotas and this project was envisaged as a rather cynical means of injecting men into the military to fight in the Vietnam war.

The men partaking of the project soon became known to the regular soldiers as ‘McNamara’s Morons’. Many of these soldiers struggled with initial basic training. Stories abound of men unable to fire a rifle or discharge a hand grenade correctly. The completely untrainable were eventually assigned to menial non-combat duties while those that ‘passed’ muster were sent on to active combat duty in Vietnam. The US government were interested in how this group of men would perform in the field and consequently the project was audited throughout. The project would later be criticised as a government state experiment using its most vulnerable citizens as guinea pigs (no shit, Flaxen).

What the audit discovered was not particularly edifying. Men ‘assigned’ to the project were wounded and killed in disproportionate numbers in comparison to their non-project peers. This difference was not trivial and project soldiers were three times more likely to be killed in combat. They also faired badly concerning metrics such as remedial training (x9 more likely than their peers) and being arrested on duty. On release from service they integrated poorly into civilian life and did not do as well as comparable men (cf morons in civilian life), who did not serve, in terms of earnings and divorce rates. What the Lord taketh away he does so in spades.

Let us hear the testimony of woe as related by a US Combat Officer of the time: “I saw Robert McNamara when he resigned from the World Bank, crying about the poor children of the world. But he didn’t cry at all for any of those men he took in under Project 100,000 then he really doesn’t know what crying is all about. Many under me weren’t even on the 5th-grade level. I found out that they could not read; no skills before; no skills after. The army was supposed to teach them a trade in something- only they didn’t”. 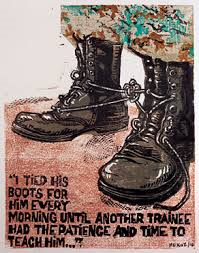 I think this officer’s statement summarises the situation extremely well. These poor wretches were the no-hopers of society. Without the requisite skills to fit into a modern world they existed and subsisted in a society they were woefully unfit to fully take part in. Their problem was not one of opportunity- opportunities cannot be grasped by nerveless hands. This may seem a rather stark and gloomy analysis, but is one born out by general experience and hard data. In this instance, the government had a problem and contemptuously applied a fix. They wrapped the ‘Project 100,000’ as a social program for the disenfranchised and unskilled. What they achieved was basic ‘cannon fodder’. In terms of personal and social benefit, the net gain was nil. Indeed, it can be argued that the military did scant service to the survivors and skills accrued was negligible at best. The simple reality: the US government cynically exploited a vulnerable sector of society to fulfil military quotas.

It will come as no surprise to my readers that governments care little about those they govern and supposedly serve: wise folk know different. Regardless of epoch and country, the self-serving elite continues to perpetuate their dominance on society without remorse or remittance. Most folk are so befuddled by life’s trivialities and Sky tele that they care not or cannot see. For those who can see, there is a reality beyond the lies promulgated by our so-called leaders. Those possessed of imagination can retreat into our own world of peace, tranquillity and cynical appraisal.