Evolutionary Evidence Easily Discerned by Those That Can See

Time for something sensible
Flaxen banging on about evolution, again...... 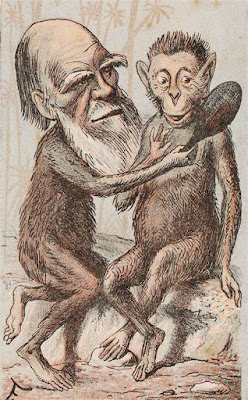 Fundamentalist Christians would do well to acknowledge the theory of evolution, but they won't/can’t due to an adherence to anachronistic religious dogma. The evidence for evolutionary theory is overwhelming and evidence is present in a bewildering array of disciplines (nay, plethora).

For today’s post, I’d like to look at one aspect of the evidence. The cited example is one I’ve had the professional privilege to personally observe. 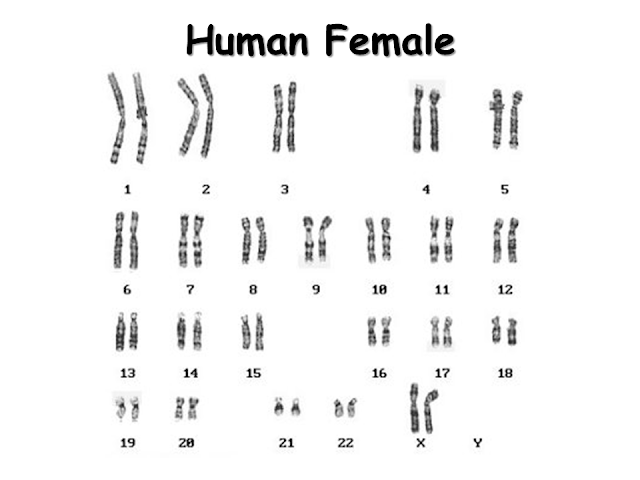 The above represents a normal human female karyotype: note the two X chromosomes and differences in the banding pattern between chromosomes (x1,000 magnification).

During analysis, we sometimes observe ‘fragile sites’. Fragile sites are regions within chromosomes which show a minor discontinuity. This discontinuity can be likened to a hinge and clearly reflects a structural change present at the DNA level. These fragile sites are not randomly distributed throughout the genome but appear in particular regions of particular chromosomes. Of interest is a fragile site present on the short arm of chromosome 2. Tis a fragile site which manifests in all us humans, albeit at a low level of about 2% of cells. So what, you say? A none staining gap type thingy sometimes observed does not appear particularly profound in a  discussion about evolution- but read on gentle readers and be amazed (more likely informed, a bit)!

Our close animal relatives, the Great Apes ( gorillas, chimpanzees) are replete with 48 chromosomes and therefore are blessed with two extra chromosomes in comparison to their human cousins. I’ve added the karyotypes of humans and chimpanzees for comparison. It is estimated that 4.5 million years ago a chromosome fusion event occurred in a common ancestor to humans and apes. This event reduced the genome to a modest 46 chromosomes. The fusion resulted in the formation of what came to be human chromosome 2. At the point of union, the  ‘join’ appears as a fragile site. Therefore, this structural anomaly stands as a stark and mute testament to our hereditary lineage and shared evolutionary pathway with our cousins, the Great Apes. Indeed, it has been speculated that this random evolutionary event may have caused the reproductive isolation of a small population of our ancestors thus preventing successful breeding with the original non-mutated population and therefore facilitating divergent evolution between ancestral humans and apes. 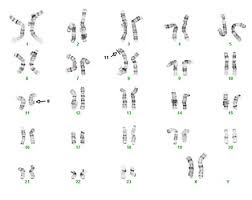 The above chimp karyotype exhibits a great deal of similarity to the corresponding human genome. For instance, consider chimp chromosome 6 and human chromosome 7: their gross morphology is virtually identical. Again compare chimp chromosome 10 with its human counterpart, chromosome 12.

A cursory glance at the respective chimpanzee and human karyotypes will reveal a great deal of similarity between their respective chromosomes with regard to morphology and banding patterns. Again, this points to a common evolutionary pathway for the two species.

These observations do not require a great deal of biological and evolutionary knowledge to understand. A simple demonstration can be set up in any standard genetics laboratory for all to see and appreciate the evolutionary implications. To ignore these salient points is to belong to a class of intellectual dissonance that only religious fervour can foster. Nuff said, for now.