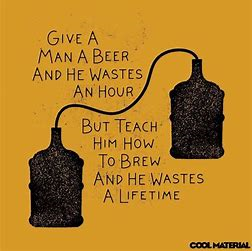 I do enjoy my beer and although I’m no connoisseur or beer snob, I’m particularly fond of traditional English Ales, especially those well endowed with hops. Hoppy IPA beers are the ‘brew of the gods’ but it’s an acquired taste which many find too aromatic, too astringent and too harsh on the palate. Tis not for the fainthearted and it is definitely not a subtle brew especially as it's high in alcohol content. Anyway, you can imagine my delight when my son’s girlfriend purchased a ticket for a ‘brewing experience’ to be shared between my son and myself as a Christmastide present.

We dutifully turned up at the brewery at the appointed date and time. The brewery offers an extensive list of beer for consumption and brewing. So, in order to decide which fine beer should be brewed, it was necessary to sample a gaggle of the beers on offer. The brewery provides a sampling tray and we decided to purchase a tray of eight beers a piece. Each glass contains about 125ml of fine beer. After quaffing our collection we decided to select an IPA with an alcohol percentage of about 5.8%. Just to reinforce our decision we ordered a couple of pints of the IPA to consolidate our selection (hic).

And so to the brewing. There were several groups and we congregated around a series of brewing kettles and implements. Our supervisor explained the process but because of custom and excise regulations, he was not allowed to touch or operate the equipment himself. Sounds crazy, I know- but dems the regulations. Once the correct temperature in the primary kettle had been reached we added the grain and cooked it according to the instructions. The final process involved adding the resultant solution to two large buckets mixed together with a yeast solution.

The main brewing process takes between 10 to 14 days however, after 7 days my son returned to add the hops. Last Sunday I travelled back to the brewery for the bottling. I provided most of the bottles from my previous home brewing attempts. The vigilant supervisor checked my bottles to ensure that I’d bothered to sterilise them all. All very necessary to prevent the inclusion of any wild yeast which might spoil the brew. With the floor awash with beer we finally bottled about 40 litres.

The beer should be left for at least 14 days to allow secondary fermentation, after which, the beer is ready for consumption. This works well as we have a gaggle of friends visiting for Easter. I’m hoping that the Ale lives up to its promise. I am sure my readers are all agog to hear how the brew turns out. Perhaps I’ll post an update? By the way, Shagger is particularly fond of good beer. 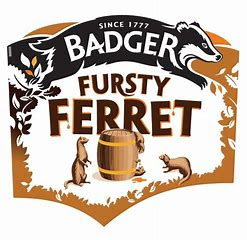