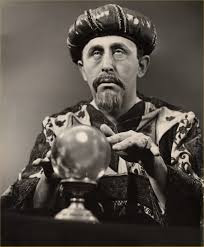 I pride my self on my rational tendencies. Isn’t this life complex enough without the consideration of supernatural realms and beings? I reserve much derision for diviners and sooth sayers. They generalise and vaguely report ‘information’ which is mundane and so common place that it could apply to anyone.

Horoscopes are particularly useless. Looking into the future based on the alignment of celestial bodies is clearly ludicrous and should have no role in a world dominated by the scientific paradigm.
Imagine my surprise when I espied the following horoscope relating to my birth sign, Pisces, in the local rag.

Today will be the last day of your life unless you continue living. Later in the month (if you are not dead) a horde of locusts will eat your veggie patch. Look out for low flying clouds.

The auspices look good. However, there is a strong possibility that your kneecaps will move independently but not beyond the limits of normal articulation and tendon protraction.

Mars is in the ascendancy and later in the month expect to be confronted by a host of barbarian marauders who will pillage the land make off with your chattels and render you speechless with a good, sound buggering. Your lucky colour is red, tinged with brown.

I see money, lots of it, but none in your bank account. Your son will move back home after he breaks up with Locisha. I see bare fridges and the strange and inexplicable disappearance of all your beer.

Your lucky number is zero..