Recapitulation: No doubt you will recall the adventures of Flaxen, erstwhile king of the Tipton Saxons and his Canine/Lupine companion, Loki/Bubbles. For those on the edge of sanity or bereft of the luxury of a long term memory I recommend you slake your thirst for knowledge, thusly and in this order: Arse 1; Arse 2; Arse 3; Arse 4

"Please take a seat" droned Professor Hawking with metallic precision. Flaxen eyed the wretched Scraeling with his one good eye. Bubbles the Halfling wolf/Maltese terrier emitted a low growl and bared a pitiless maw of ragged, diamante encrusted, yellow teeth. A distinct 'parp' emitted from the good professor's posterior and a waft of fetid wind gushed into the room. Saxon ejaculated: ''By Woden's staff, has a festering rat crawled into your nether regions and died''? Bubbles staggered as if in a reverie. His protruding orbs rolled upward and he buckled on legs no longer under his volition. With legs akimbo the poor hound rolled mightily onto his back and lay still except for a slight, almost inaudible, whimper which barely passed his rime encrusted jaw. The professor's countenance remained unchanged although Flaxen did note that the scapegrace's breathing had become laboured.

Flaxen pondered deeply and his brow cracked into a thousand furrows. What say this twitching wrecked shell of a man and had he fully comprehended all the commercial opportunities following from the intellectual property rights? And that Chris Hemsworth fellow would be a more suitable thespian to represent the ruggedly blond Flaxen.

Just then, Bubbles stirred, shook his head and advanced upon the scientific prodigy.

The Professor expressed concern but you would never guess from his robotic response. "Why is your dog eating my toes?"

"Bubbles has not yet broken his fast and requires sustenance. It seems to me that you no longer have a use for said appendage. Worry not Skraeling he will eat no more than his fill."

"Nonetheless, it disturbs my equilibrium and is making an unholy stain on the expensive shag pile."

"Desist Bubbles, but not before excising those ragged tendons."

Bubbles reluctantly did his master's bidding and after tidying up the ragged edges of the wound retreated into a dank corner to savour his truncated repast.

"At last, we can pontificate on the grandeur of the cosmos according to me and concentrate on how brilliant and clever I am. Now student pander to my vanity by encapsulating my unified theories on yonder blackboard."

Flaxen came to his feet and lumbered unto the blackboard and began to sketch his conception of the cosmos as only a 9th-century rude barbarian could. First, he drew a flat disk supported on the shoulders of two frost giants. The sun chariot was driven across the firmament by the giant Sol who was eternally pursued by the wolves Hati and Skoll.

The good Professor would have expressed facial surprise but he could not and continued to grimace in a fixed rigor.

Flaxen was satisfied with his work as it was a fair representation of his world. He turned to the man with the broken body in the chair of iron and intoned: "Tis time to enter the realm of the dead, Skraeling." Flaxen began to gather books from the Prof's voluminous collection and bestrew them around the wheelchair until they formed a funeral pyre. A little judicious application of the Prof's finest Scotch provided the accelerant. A flaming brand carelessly fomented a conflagration. The Prof's monotone voice gave no clue to his incipient panic. "Why do you destroy the greatest mind since Einstein?" Flaxen replied: "What is sagacity without the ability to heft an axe; what is sapience when you can't hold a lusty wench in your arms and whence is wisdom without the capacity to drink a horn of mead in one quaff. I do you a service Scraeling." The flames licked about the Prof and no one could hear the silent scream, except the computer.

"C'mon Bubbles, tis time to break our fast. Let us tarry no longer but find the nearest fast food outlet for a sumptuous repast. The 'Big Kak' is on me." The Halfling wagged his tail furiously and barked with evident relish. 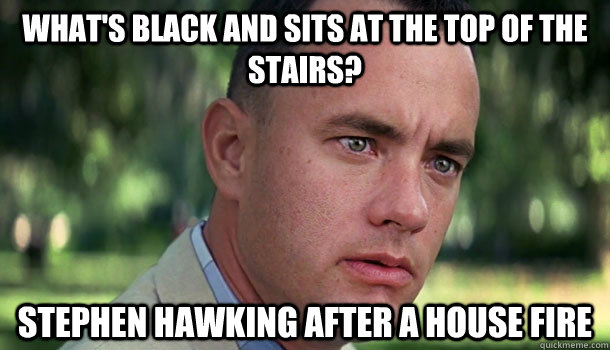 To be continued, if Woden allows.