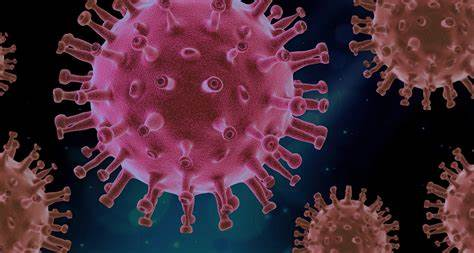 And so COVID has eventually and inevitably become endemic in the 'Land of the Long White Cloud'. I recall blogging on COVID two years ago before the disease became widely disseminated worldwide. I painted a rather benign future. I suspected the saga to be overhyped and honestly thought the whole affair would slip into oblivion in a thrice. I was wrong and the situation became the full-blown monstrosity we see today. Will COVID eventually fizzle out like the flu of 1918? Or will it be ever-present and eventually be part of the rich palate of diseases that currently assail mankind?

New Zealand acted quickly and enacted a Draconian lockdown. It worked and the few cases we initially acquired were stamped out. Of course, our island nation is easily isolated and our success was mainly due to the ease we could close our borders to the world. Most countries don't have the ability to prevent the influx of the diseased; modern borders are wonderfully porous. But we were living in a fool's paradise. And although New Zealand was free of the disease, the whole world burned. Before we could congratulate ourselves we had to consider the cost. The universal closedown hit businesses throughout the country, really hard. Regardless, of the financial compensation packages available many companies suffered hardship. Restaurants and cafes were closed, some never to reopen. People were laid off and many lost their jobs. As I walk through the High Street in my home town I can see the fruits of government policy. What used to be a thriving commercial centre is now peppered with a host of 'For Rent Signs'.

Our COVID success was just a madman's dream. We couldn't keep the island nation isolated forever. Economic Forces and Fiscal Reality dictated that eventually, we would have to return to the international fold. Not too long after our reintegration unto 'International Lore/Law, a lone Australian entered the country and passed on the Delta variant to a citizen in the fabled, nay enchanted, city of Auckland. Steps to stamp out the virus, this time, did not work. There was nothing the government could do but weather the storm. And to be honest, there was nothing that would have had a practical impact. Population models predicted an exponential rise in cases and to date, the recorded number of infections stands at 1,138,167. This is undoubtedly an underestimate. As I understand the situation, the Delta variant, although highly transmissible causes a milder illness than previous varieties. This is not to say that Delta is benign and deaths will still occur in vulnerable folk. The virus continues to evolve and new variants are arising all the time. The vaccines received may not totally protect the recipient from these new varieties. I suspect that we will be assailed by waves of these variants thus causing a resurgence of the disorder, over time. This is our future, probably.

Our household was afflicted by this malady about a month ago. It seems my son in law was the initial incubator. Anyway, the infection ripped through our cloistered environment. All six members of the family succumbed and tested positive according to the RAT test. Interestingly, we all experienced different symptoms. My twelve-year-old granddaughter suffered not at all. My two-year-old grand fruit (the apple of pop's eye) had a cough and lassitude that lasted about six days. My wife, suitably named Mrs Saxon, had relatively mild symptoms. This was a relief as she is afflicted with a compromised immune system. I suppose I seemed to be the most affected. I did not suffer from chest manifestations. My main problem was fatigue and loss of motivation. I just lay on the bed contemplating my navel. For frivolous amusement, I stuck a straw in said navel and watched its gyrations. I think I discerned a pattern in the movements and noted the apparent orbital rotation with the occasional eccentric wobble. It was at this juncture I thought it would be a good idea to take my medication. Wibble bollocks.......