The Cure for Cancer 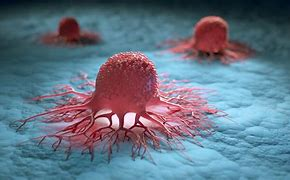 In 1971, the then president of the United States, Richard Nixon (remember him?), declared ‘war on cancer’ and the National Cancer Act of 1971 became enshrined in law. The objective appeared deceptively simple. By injecting billions dollars into cancer research, cancer as a disease, would be no more. If this could be achieved it would be a significant contribution toward combatting a major cause of mortality in the US. In hindsight, this objective, although noble (nay, exalted), has turned out to be unimaginatively difficult, if not impossible. Politicians are prone to simplistic sound bites to capture and fire up the imagination of the US citizenry. Wise heads in government and the medical profession knew better. Researchers realised that this was a great opportunity to secure extensive funds for solid fundamental research. Their goals were essentially modest as the biological processes involved in normal cell division and cancer were poorly understood at that time.

While folks in ‘the know’ were under no illusions as to the scientific and medical possibilities, the population, for the most part, really thought that a 'cure’ would be the likely outcome after pouring vast amounts of money into the project(s). It is to be remembered that this was an optimistic era as far as the potential of technology and science was concerned. Just two years prior, the US had landed the first men on the moon. After untold billions the almost impossible had been achieved, surely using similar funding the cure for cancer would be just a snip. This misconception was ultimately based on an oversimplification of the problems faced. Placing a man on the moon at the time was a well defined engineering, technical and scientific problem. Although difficult, it was clearly within the realm and wit of man. But curing cancer was, and is, an issue that is immensely more complex than space travel. For instance, cancer is not one disease, but a host of different diseases. If they have one thing in common it is the underlying cause is genetic. In addition, cancer cells don’t differ markedly from normal cells in terms of biochemistry. Slight genetic changes affecting metabolism and cell division can profoundly alter cell proliferation to the detriment of the host. Cancer would not be ‘beaten’ within a decade of intense work. In fact, progress was always going to be painfully slow and episodic.

So after 50 years, what are the fruits of this expensive/extensive endeavour? Has there been a definitive cure of any particular cancer? If we couch the question is these terms the answer is an unequivocal, no. We certainly understand how cancers develop and in some instances we have come close to a 'cure' for a minority of cancers. Over the last twenty years we have developed an advanced array of cancer modifying drugs that attack the problem at the root source, the gene. These drugs have changed the prognosis of some cancers, such as chronic myeloid leukaemia from a virtual death sentence, usually within four years, to a survival rate stretching unto decades. This brings up a very salient and important point. These new wonder drugs come at a cost. Often treatments range in the 100,000s of dollars per patient per year, and can even stretch into the millions. How can these drugs have a wide impact on cancer if we are unable to dispense to all, due to the high cost of treatment? Many of the treatments used to treat cancer today have remained remarkably unchanged after 50 years. Thus, radiation and chemotherapy still remain the first line treatment and mainstay for a surprisingly large number of cancers. This rather crude treatment has had some solid success with individual cancers. Acute lymphocytic leukaemia in children was a death sentence 60 years ago. Today, using a combination of radiation and chemotherapy 80% of patients remain long term disease free..

Fifty years on from the 'cancer act', and after the expenditure of 100 billions of dollars by the federal government, the tax payer is bound to ask, has the effort been worth it? Certainly cancer has not been eradicated. I would argue that although we haven’t achieved the lofty goal so earnestly sought after, we have undoubtedly made prodigious scientific and medical progress. We have elucidated the genetic pathways involved in a large number of cancers and this has allowed the development of drugs that can control the genetic drivers responsible for unrestrained cell proliferation aka, cancer. The sequential development of cancer trials has enabled better and more efficient cancer treatments resulting in a reduction in mortality in a significant number of malignancies. In spite of our best efforts it is also true that some cancers, notably breast and lung cancer, have remained stubbornly resistant to our attempts to increase survivorship. Oncologists are not comfortable with the concept of 'cure' when it is applied to cancer. They find it more useful to consider five year survival rates as a true representation of treatment success. I can't explain the reasons why this is the case, in this post. Perhaps at a later date if the muse so takes me......

To be honest the optimism of 1971 was misplaced and only politicians waxed verily of the ‘magic bullet’; the general public was misled and deceived. Doctors and scientists were grateful (and continue to be so) for the extra funds to pursue their research. Thusly, they rolled up their sleeves and got to work on perhaps the hardest and most intractable problem humankind has ever had to face. In 1998, for the first time in decades, cancer rates in the US experienced a decline. However, this reduction was primarily due to smoking cessation rates. Since 1964, it has been officially known that tobacco smoking was a a leading cause of cancer, not only of the lung but of other organs as well. In 1964 42% of the US population smoked but by 1998 the smoking rate had dipped to 24%.

Let us be clear, we have made highly significant progress in understanding the cancer process and cancer treatments have benefitted accordingly. However, as stated at the beginning of this post, cancer is not a single disease but a multitude of very different disorders manifesting ultimately at the genetic level. It will be a hard slog to identify the important mutations involved in every malignancy. I can’t overemphasise the complexity of the problem enough. Any particular cancer is not the result of one mutated and wayward gene. There is a cascade process involving oncogenes, numerous. As the cancer progresses it promotes further genetic mutation. Not all these genetic mutations are involved in disease progression but are an expression of secondary 'genetic noise'. Identifying the relevant and important mutations from secondary clutter is a worthwhile but difficult task. Unravelling the genetic complexity that is cancer will no doubt occupy the best scientific minds for generations to come.

And finally, it would be remiss of me not to mention the dread word, metastasis Many cancers spread from their site of origin, only a minority of cancers exhibit the tendency to stay put. Once cancer spreads by the lymphatic and circulatory system to parts distant the prognosis is invariably poor. More research is necessary to understand this poorly understood process. Metastatic cancer is cancer that is diagnosed too late. Highly aggressive cancers spread so quickly that the patient can succumb within months if not weeks. Is the answer, early and extensive screening? This can be a blessing and a curse, and therefore, needs to be addressed in a future post. Stay tuned