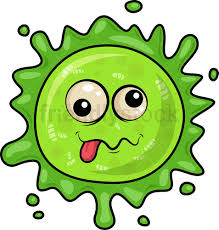 Viruses challenge our concept of what qualifies as life. Biologists consider living organisms, as opposed to inanimate objects, as having a defined set of attributes. I'll not list them here, my readers will know what they are. Since their discovery in the late 19th century, viruses have presented biologists with a dilemma that continues to vex to this day: do they constitute life or something else? The consensus has changed several times in the intervening years. Today, many virologists think viruses more akin to chemistry than biology. That said, not all virologists agree with the 'non-life' conclusion.

Viruses evolved from existing life. At some time in early (very early) evolutionary history, a piece RNA/DNA escaped a cell, acquired a protein coat, and the parasitic virus become into being. The sticking point for most biologists is that the only real attribute of 'life' that viruses seem to have is the ability to reproduce and that can only be achieved inside a cell from a living creature. Whether that cell is singular, as is the case of an amoeba, or whether from a complex multicellular entity that is humans, you can bet that there is a multitude of viruses that have evolved to exploit those cells. Viruses' have proved very successful and of course, have shaped the development of human evolution and society not only due to their importance as harbingers of disease but also by altering our genetic material. What is not well known by lay folk, is that a class of viruses called retroviruses (cool name for a punk band) link into host DNA. When they leave they often sneak off with a portion of the cell's DNA. The converse is also true and pieces of foreign DNA are often left behind. Thus it is easy to see how viruses can play a role in the evolution of organisms. Quite an achievement for something that is non-living.  Not all viruses are parasitic in the sense they cause disease. For every one virus that causes harm, there are ten that are benign. They sit in their host cell quietly hijacking the cell's resources and reproducing undetected.

The argument for and against viruses being alive can get a bit technical and border on the philosophical. A piece of DNA without any metabolic apparatus would not be considered as a living entity and viruses are no more than chunks of DNA. Another argument revolves around the lack of metabolic machinery that seems to be a ubiquitous feature of living organisms. Undoubtedly, viruses were derived from living organisms in the deep dank evolutionary past, albeit extremely primitive single-celled proto-prokaryotes. Is it possible for non-life to spring from life? We are now entering the territory of philosophical thought that transcends the realms of science and instead of adding clarity further muddies the intellectual waters. That's bloody philosophy for you. The paradigm of 'non-life' has been challenged in the main due to the discovery in 2003 of a class of viruses which we will call 'Giant Viruses' for the sake of simplicity. These viruses often infect amoebae and as the name suggests they are on the big size and unlike other viruses, can be seen with the light microscope. Their genomes and hence gene content are concomitantly large hinting at something more than mere chemistry. Moreover, some of the genes contained are autonomous from the host for transcription and DNA translation suggesting an entity verging on the threshold of life, perhaps.

So, what are my views on this fascinating topic? I  confess I've changed my mind on this question on more than a few occasions, thus denoting the complexity of the matter. My thoughts these days have become more nuanced. As scientists, we like to classify 'things' and concepts into discrete packages. We seek order and express disquiet when we cannot place our thoughts, hypothesises, and theories within tight, neat, and orderly mental boxes. The physical sciences, chemistry, and physics, lend themselves to this approach rather well. The life sciences are not so disposed and often defy particulate classification, but that doesn't stop biologists from trying. I am not trying to imply that taxonomic and other life systems are arbitrarily derived, for this would be the musings of a madman. What I would like to convey is a continuum where adjacent margins become blurry and indistinguishable. Consider the dawn of 'proto-life' when chemical replicators, in a warm soupy pond, competed for resources. This world would be more representative of chemistry than life. Eventually, however, after millions of years of selection, a true biological organism would come forth. But could we define exactly when the transition from chemistry to true life actually occurred? Not at all. The boundary would be indistinct and only has meaning at the philosophical level, or in over words, no meaning at all. I would argue that viruses are so configured. The physically large, genetically complex viruses are endowed with more genes than the simplest bacteria. Could it be that these mega-viruses have crossed the fuzzy boundary unto the domain of life? A distinction, mayhap, denied to their more simple brethren (viral particles). Tis all a bit messy and unpleasant to contemplate to an orderly scientific mind. Anyway, enough pontificating for now. What do my readers think?