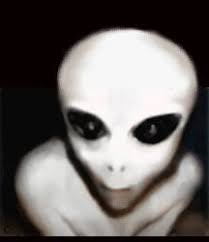 Is there life in the universe apart from life on our humble, green planet? The SETI program was designed to answer this very question and powerful receivers have been searching our corner of the universe looking for signals transmitted by intelligent life for the past 40 years, as yet, to no avail.

Our solar system may also contain life however, in this case, we are looking for primitive, unicellular life, or evidence that life existed in the distant past. Mars has always been a prime contender. It seems it was much wetter in the past and even today ice patches can be observed at the poles. Of all the planets, Mars appears to be the most hospitable for simple unicellular life. The planet Venus has never been viewed with the same optimism. The surface of Venus is a balmy/barmy 500 degrees Celsius and the thick inhospitable atmosphere broils and seethes in a corrosive hydro-sulphuric and carbon dioxide envelope. It seems that the surface of Venus, at least, is totally inimical to even the most robust primitive life of which we could conceive. But what about the upper atmosphere of the planet? Fifty-five kilometers from the surface the pressure is similar to that on Earth and the ambient temperature is within tolerable limits as far as life is concerned. Indeed, it has long been hypothesised that life could exist within a narrow cloud band. Although the atmosphere is highly acidic it is conceivable that microbes, termed acidophiles, could thrive in such an environment. But without any supporting evidence, the hypothesis could in no way be substantiated, until now.

A recent report in Nature Astronomy has claimed that a biomolecule marker of life, phosphine, has been detected in the clouds of Venus. Detection is due to the interrogation of the atmosphere using highly sensitive telescopes tuned to the spectral signature of the Venusian atmosphere. By analysing these spectra the undeniable absorption band of phosphine was detected at levels unlikely to be caused by non-living chemistry alone. This is an intriguing finding but it is important not to get carried away at this early stage of the investigation. Additional painstaking research is required.

First off, the study needs to be verified by an independent research team. Also, there may be other biomarker chemicals present. Their presence would add weight to the ‘life-hypothesis’. Also, an exhaustive search for abiotic mechanisms of phosphine generation needs to be undertaken to see if they could account for the relatively high levels of phosphine observed. The only way to obtain definitive proof for ‘life on Venus’ would involve sending a probe to sample the Venusian atmosphere. Let’s appeal to Elon Musk, and ask him to dust off one of his probes to be routed to Venus forthwith. Forget about Mars, Venus is the hot destination for spacecraft this season.

If there is life, it almost certainly involves a form of anaerobic respiration. The first life on Earth was anaerobic and did not rely on the presence of oxygen. The primitive Earth had very little free oxygen and therefore, initially, was unable to support an aerobic lifestyle. Aerobic bacteria evolved from their anaerobic cousins and by harnessing the power of sunlight they pumped out large amounts of free oxygen to the atmosphere. Oxygen is highly corrosive to anaerobes and most species became extinct. Today, anaerobic bacterial forms are exclusively found in specialist environments such as oxygen-free peat beds.

The phosphine in the Venusian atmosphere was detected at levels of 20 parts per billion. This might not seem much but it is difficult to account for these levels on the basis of chemistry alone. In addition, phosphine is rapidly broken down by UV light which is in abundance in the upper reaches of the Venusian atmosphere. The implication is that to maintain these relatively high levels of phosphine a mechanism of rapid replenishment is required. This renewal would be consistent with known biology, but is it the exclusive prerogative of life?

Although these results are exciting we must take on board a degree of caution. I remember the debacle in the 1990s when President Clinton when he wasn’t playing with his cigar, announced that a meteorite had been found originating from Mars and that it showed distinct markings associated with past life. However, further work revealed that the observed morphology was completely consistent with mundane chemical processes totally divorced from life. Man’s hubris was shockingly revealed in this instance! Although, we can’t conceive how terrestrial chemistry could produce phosphine in the amounts observed in the Venusian context, perhaps under the extremes of temperature and pressure experienced on Venus novel forms of chemistry, independent of a biotic cause, could occur.

For the sake of this post let’s assume that simple life exists within the Venusian atmosphere. The implications would be profound and far-reaching. For instance, did the Earth ‘seed’ Venus with life in the unimaginable past via a meteorite? Could it be that life on Earth originally came from Venus? The so-called Panspermia hypothesis could be easily tested by examining the respective genomes and looking for DNA sequences associated with a common source. Of course, if it could be determined that life originated independently on Earth and Venus, this would be a more exciting prospect. It would show that life is probably not rare and given the right conditions and enough time is virtually inevitable. The formation of life at two distinct places in our solar system would suggest that life is likely to be present elsewhere in our system, such as on Jupiter’s moons and possibly in the atmosphere of the other gas giant planets. It would also suggest that life is present in other stars systems throughout the universe. Imagine a universe teeming with life? It has to be stressed that intelligent or even complex life, is probably very rare. Perhaps complex life is exceedingly rare for reasons previously discussed in this blog. Not so much ‘Little Green Men’, but more likely ‘Little Green Slime’. Let’s wait and see....... 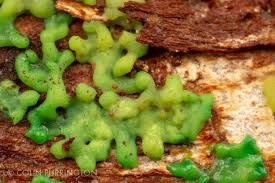