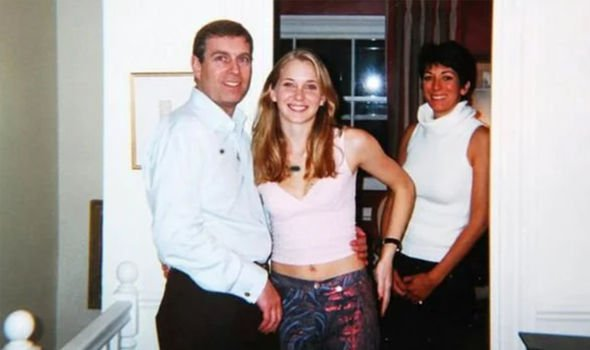 The Infamous Photo of Doom

I'm rightly known for my right-wing views; unlike my father, I'm not a socialist. Socialism encourages financial dependency and lassitude amongst a significant portion of society. This in turn drains the public purse which is maintained by taxing the folk that work. And the tax contribution for administering succour to those that will not/cannot work is astonishing. About 20% of Britain's GPD is spent on social services. Even so, there is much waste and even inappropriate appropriation. As a modern compassionate nation, we should help those less fortunate. Unfortunately, a side effect of this beneficence is the development of a significant 'Under Class' totally dependent on public handouts. We observe the ridiculous situation of multiple generations of families living entirely on the state and are proud of it.

Traditionally those of a right-wing ilk are supportive of the Monarchy. I do not support the Monarchy. Their bleating about living off their private income is patently unsupportable and absurd. Ultimately their vast wealth has come from the people. Now, I'm starting to sound like a Socialist. This has been going on for generations. I am not against private wealth obtained by the sweat of the brow, what I dislike is the fundamental mendacity of the Queen and the Royals as regards their assets and income.

The Queen has always preserved an air of high morality. This has been supported by certain 'Royal Watchers' and elements of the press. However, the fact that the Queen is financially supporting Andrew in his tribulations is highly revealing. We must keep in mind that, under law, an individual charged with a crime is deemed innocent until proven otherwise. And of course, in Andrew's case, the litigation is civil. I believe in this system wholeheartedly. The alleged crimes relating to Andrew's past are very grave. Regardless, of guilt or innocence, it is not a good look for the Queen to be paying his legal fees, which are exorbitant. Apparently, his solicitors charge $2,000 per hour for their professional guidance and advice. I'm unsure whether this is for the whole team, or as I suspect, for all individual members of the team taking part. There is also a PR firm furiously working behind the scenes to rectify the Prince's tarnished image. To date, to no avail. I'm sure they don't come cheap. The vast majority of civil cases are settled out of court. This is the likely outcome in this case. The settlement payment bandied about is in excess of $5,000,000. Nice work if you can get it, miss Roberts.

There is a point oft made by others: If you were accused of a heinous crime of which you are innocent, there would be no doubt that you would be indignant and use everything in your power to clear your name. If you hadn't committed the alleged act you would have nothing to fear. Andrew's reaction has been different. He has used a series of legal ' get-outs' in an attempt to quash the allegations. This has not gone unnoticed. This just looks bad, and if he had succeeded in his actions the viewing/paying public would come to their own unpleasant conclusions.

I find it very difficult to believe that fabulously wealthy folk, especially those exposed to generational wealth, are free from negative effects on their moral qualities. The royals have been brought up in a system that enhances their supposed superiority over the rest of the populous. In recent times we have been able to peek behind the Palace curtains (wot not drapes). And what do we see? A group of very ordinary people. They exhibit all the tendencies of Man expect in mega-array. They exhibit prejudice, avarice, and other undesirable traits. In addition, most of them seem to be none too bright.

The Queen's image is being degraded by this circus. The fact that she is able and willing to financially support Andrew in this matter speaks volumes. It does not jibe with someone with high moral standards. In my opinion, it comes across as ill-judged. It doesn't matter if Andrew is ultimately found innocent on all charges. In the court of 'Public Opinion', the matter has been decided. The Queen's continued financial patronage will backfire, I'm sure. The stripping of the Prince of titles and pushing him into public limbo will not do and is perceived by the public as mere 'Window Dressing'. Regardless of the result, the Prince will still be able to live a highly privileged and wealthy lifestyle, albeit behind closed doors.

He has shown no willingness to comply with requests from the FBI concerning the case. He protests that he is willing to 'help with investigations' (great euphemism) but this has proved a sham. 'Look not to what a fellow says, contemplate his deeds'. Again this is bad for his reputation, and by implication, the Queen's reputation will not remain unsullied. The public is not stupid. Okay, I will qualify that: There is a substantial proportion of the population that can see through the tissue of lies- remember the interview? Andrew was arrogant and out of touch and had persuaded himself that he could bamboozle the proles with his charm and scintillating wit. This clearly did not work. C'mon Andrew, do you think we are all that thick; maybe he does. His insulated highly privileged lifestyle has protected him from the big bad world, until now.

The aged Queen will die soon and Prince Charles will ascend to the throne. Maybe at this juncture, it would be an appropriate opportunity to push for major constitutional reform and a review of the monarchy in general. I would hope, that someday, the royals will devolve most of their 'Royal Duties', whatever that means, and live a life like other foreign royal families. I see it as a public duty to strip the royals of much of their wealth and to return these riches to the public coffers. This would entail appropriation of all their private land which is substantial. It has not gone unnoticed that 'Good old Prince Charles' owns the whole of Cornwall.

This post is off the beaten track for the flaxen-haired one, however tis something that I feel quite strongly about. It seems the British press is more open these days to report the royals' foibles and faults. This is a good thing. Anyway, I would be interested in what my readership thinks on this controversial and important topic. Don't hold back. Arse.