Side Effect of Scant Consequence? 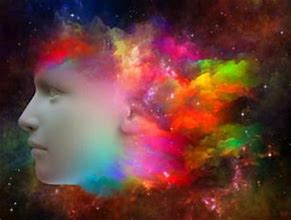 I have to confess, to date, I've been free of significant side effects of my medication regimen. Even the classic problem of constipation, following opiate medication, troubles me, not at all.

Recently I was prescribed a new medication to add to the list: Amitriptyline. Amitriptyline belongs to a class of drug termed, tricyclic antidepressants and is prescribed for a variety of ailments. For instance, in low dosage it helps with sleep disturbance and promotes nocturnal rest. It is also used as a prophylactic in the prevention of severe migraines. At higher dosage it is prescribed as an antidepressant generally where other antidepressants have proved ineffective. In addition, it is used for the curtailment of nerve pain and has been shown to be effective as a treatment for children after significant head trauma, and as an adjunct in ADHD therapy. Thus, it seems Amitriptyline is a panacea for all that ails us; a drug for all seasons.

Like all medications, Amitriptyline has a number of known side effects. The majority of these  associated problems are relatively minor, such as: dry mouth, drowsiness, dizziness, constipation, and weight gain. On rare occasions more serious issues have been reported, specifically blurred vision, tremor, heart palpitations (tachycardia), dizziness, etc.......

This brings me to my sad story, to relate: I had been taking the medication for about a week (75mg/day). Twas a gorgeous Spring day and I was pottering about in my 'Man Shed/Emporium' engaged in a little light woodwork. At about 2pm in the afternoon I espied a dog wandering about on the property. The dog seemed friendly so I approached and checked the collar for an identification tag. There was none so I attached a piece of string to the collar in preparation to hawk said pooch to my immediate neighbours in hope of finding the owner. As I was leading the dog off the property my daughter approached and asked what I was up to. I explained the situation and afterward she looked as if I had gone stark raving mad. It transpires that I had placed a leash on my daughter's dog, Rocco. For context: my daughter, and the hound, had been living with us for the past two years! Of course, my daughter found the whole situation absolutely hilarious. I found the situation mildly disturbing. In all other respects I felt completely normal. And no, I hadn't been drinking or partaking of non-prescription medication. Curiouser and curiouser (not a real word -go tell it to the Caroll).

I have never experienced this type of 'dissociation/dislocation from reality' before and I'm on my guard for similar episodes. Naturally I have ascribed this 'strange phenomenon' to the Amitriptyline. Of course, I could be wrong. I did consider stop taking the drug, but I do feel I'm getting some benefit from the medication. I've decided to continue, unabated, but not without increased vigilance. I'll keep note of any similar episodes and my family will also monitor my behaviour for anything odd or outside the normal, for me at least. I'm scheduled for a consult with my G.P. in just over two weeks and I'll certainly raise the matter with the good Dr Mugumbo.

My question/quest: Do any of my readership take said drug, and if so, have they experienced any side effects similar to mine? I would be grateful for any input that might shine a little light on my, rather disturbing experience.