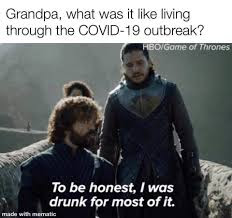 Okay, enough with this COVID-19, although it looks as if New Zealand, after 6 weeks of lockdown is about to enter status 2 after a moderate run of no new (or few) cases. Well done NZ! Although it is a lot easier for an isolated island country with a small population to control this sort of thing than land connected, populous nations.

Today, I would like to consider, albeit briefly, the 'Fibonacci Sequence'. This mathematical progression is easy to understand even by those with an intense aversion to everything number and mathematics. Tis a sad reality, that most folk avoid mathematics and consider the concepts too hard to learn. Well, it is true that maths ain't the easiest topic to master (no one can master all mathematics) but it is well worth the effort. If you do bother to put forth the effort then you open a whole new and powerful vista that will put you on the solid path to intellectual Nirvana and you might develop into some form of a deity. Enough bollocks, let's tackle the subject in hand.

The sequence is named after the Italian mathematician, Leonardo Fibonacci as posited in his 1202 book, 'Liber Abaci'. Fibonacci was not the first to describe this number sequence and it was appreciated by Indian mathematicians at least 2,000 years ago and perhaps as long ago as 450BC.

The Fibonacci sequence in all its formal glory: An unending sequence where each term is defined as the sum of the two preceding numbers. Let us examine a simple case as outlined below.

Thus, we can represent this sequence with the following mathematical formulae.
Fn=Fn-1 +Fn-2,
Where n is a positive integer greater than 1 (<1); Fn is the n-th Fibonacci number with Fo=0 and F1= 1. Seems simple, doesn't it?

You may consider this sequence as just an interesting number progression of pure theoretical appreciation without any practical consequence. But oddly enough this is not the case, well at least in certain instances. While it is true that great swathes of pure mathematics are pursued for their own intellectual rigour without any practical benefit, in the case of the Fibonacci sequence unexpected results insinuate and reveal some of nature's dark secrets. As an aside, or digression, I wrote a post in a previous incarnation about Professor (not Mugumbo) Andrew Wile's prodigious effort in proving Fermat's last theorem. You can read it here. As I understand the situation, the proof has absolutely no practical use but it has engaged the best mathematical minds for nearly 400 years. Wile's proof is a clear example of pure intellectual endeavour for its own sake. Some may argue that this is a waste of effort for a brilliant mind. Shouldn't Wiles have been directing his prodigious intellect into a useful practical aspiration like the pursuit of world peace, or the production of fusion power? Obviously, opinion is gravely divided on this topic. I am of the opinion that pure 'blue sky' research is worthy of contemplation and effort even if it produces no obvious benefit; to be honest, most research undertaken, in the majority of fields, is practically useless. After all, I spent three years researching dandelions.

Getting back to topic.
If we take any two successive Fibonacci sequences, the ratio of these numbers gives a close approximation to the Golden Ratio (Phi= 1.618034....). And indeed, the larger the numbers used in the sequence the closer the approximation. Phi is another example of an irrational number and therefore represents an unending and unyielding sequence......Some folk aver that if Phi is translated into form and dimension then it represents 'ultimate beauty', whatever this may be. Phi has been imbued with almost magical and majestic qualities. Its form has insinuated its way into art and architecture. The great polymath, Leonardo Da Vinci was fascinated with the 'Golden Ratio', which he termed the 'Divine Proportion', and incorporated its geometry into his works of art including the 'Mona Lisa' (or perhaps not- see later discourse).


The Fibonacci sequence is represented in nature, although perhaps not to the degree as claimed by some adherents. Indeed, there are those of a mystical bent who consider the sequence to represent a secret code of the universe implanted by benevolent aliens (how quaint- what happened to anal probing?). Returning to Leonardo and his weighty tome, 'Liber Abaci': here we are introduced to the association of the Fibonacci sequence with the fecundity of one of nature's most prolific breeders, rabbits. He considered the following scenario. Imagine a male and female rabbit, who love each other very much. In a month they produce issue of a single male and a single female. After a month the progeny (incest works- look at Adam and Eve) also produce a litter of a male and female rabbit. This improbable biological sequence continues and after a year we are in receipt of 144 rabbits which, of course, is in accord with the Fibonacci sequence. Another example involves certain aspects of plant growth. Thus, the spiral configuration of leaves, petals, and pine cones in a variety of plant species follow this benign natural rule. Other supposed associations in nature, oft-repeated by scientists and lay folk alike, have been found to be false and totally unfounded. Famously, the coils of the nautilus shell, and other mollusks, have been deemed to follow this esteemed pattern however on close inspection this has turned out to be a complete fiction (bollocks)- there are other examples; too many to enumerate and stark and persistent rationalist rigour/vigour has found these so-called associations, wanting. It seems that our brain has been fine-tuned, over millenia, by the mechanism of natural selection and evolution, to appreciate patterns in nature that are conducive to our primeval survival. We have a natural tendency to 'over- associate' and herein lies the problem. Add a hefty dose of mystical insanity/inanity fictional  'pattern association' becomes unsurprisingly banal and commonplace (tautology reigns-arse).


It seems that Da Vinci's 'Mona Lisa' may not be a cast-iron example of the Fibonacci sequence (and by extension, Phi), but the results are not definitive and consequently subject to much debate by art experts and mathematicians alike. Although it is true that Da Vinci was well aware of the sequence it is not always obvious that he was consciously inserting this mathematical form into his art- we have no written evidence by the man supporting the Phi contention.

Due to 'blogging' constrictions/restrictions, I will have to leave the topic there, hanging like a ripe plum on a plum tree (what else?). However, I do believe this topic is worthy of further attention. A second more elaborate post is in fruition- just waiting for the plum to fall from the tree.