The Chicken's Day Off

In 1403 the Lancastrian king, Henry the IV, marched his army to fight against the rebel army led by Sir Harry Hotspur at Shrewsbury. In the van of the battle was Henry’s son, the future King Henry the V. During the battle Prince Henry was struck in the face by a bodkin arrow shot by a Cheshire bowman. The arrow was propelled by an English war bow at a draw weight likely exceeding 120 pounds. The plate armour of the time was cunningly fashioned so that an arrow would glance off unless it hit the plate squarely at 90 degrees. In order to defeat the armour of the time, bowmen would have been using a bodkin head. The bodkin was the armour piercing missile of its day although only a perpendicular hit could pass through armour (probably not- see update). The prince had lifted his visor in order to gain a better perspective of the proceedings and the arrow had entered the right side of his face, close to the nose. It is likely that the arrow had glanced off the prince’s breastplate before travelling upward to hit his face. It has been conjectured that the glancing blow saved the young prince’s life by dissipating much of the force of the projectile, otherwise it is likely that the arrow would have passed through the skull resulting in the prince's instant demise. The arrow came to rest at the base of the prince’s skull, six inches from the entry point. Astonishingly, Henry continued to fight for a further 90 minutes until the battle was won and Hotspur lay dead from an arrow wound to his face. This showed a degree of fortitude and bravery not given to most men. Twas more wondrous considering that the grievously injured prince was only 16 at the time. Regardless, the wounded prince was in a bad way. If infection set in then his fate would have been sealed and a painful and lingering death would have ensued from ‘wound fever’. And this would have been the undoubted fate of the common soldier…………But the heir to the throne was destined for better treatment. Although even royalty was not immune from infection. It is remembered that Henry’s ancestor, King Richard ‘The Lionheart’ died of an infection after receiving an arrow (actually, it was a crossbow bolt) to the chest in battle.


When the shaft of the arrow was pulled from the prince’s face, the arrow point remained firmly fixed in the skull. Indeed, the head was designed to separate readily from the shaft as it was only fixed by wax which melted at blood temperature. The local doctors were at a loss of how to treat the injury apart from potions and incantations. Luckily, the famed surgeon, John Bradmore arrived from London to take care of the prince. Bradmore was no quack. He probed the wound with an Alder stick wrapped in linen soaked in Rose honey. He continued this process with larger probes until the wound was sufficiently large to prevent closure and superficial healing. During the procedure the young prince was heard to softly exclaim: “Gadzooks good physic, forsooth that smarts a tad”. Bradmore commissioned the local blacksmith to make a mechanical instrument for the extraction of the arrowhead. It took three days for the device to be manufactured and I can only guess the agonies the poor prince suffered during the interval. The good surgeon gave a detailed account of the instrument's design in his influential surgical treatise, Philomena, from which it has been possible to reconstruct the original extraction device.


Once in possession of the contraption, Bradmore removed the honey from the wound and inserted the instrument deep into the prince’s face until the end of the probe entered into the arrow socket. By turning a screw handle the jaws of the probe slowly expanded grasping the inner edge of the socket and by a gentle rocking motion, the arrow was freed from the bone and the arrow extracted. The cavity was flushed with alcohol and again treated with honey. Amazingly the prince made a full recovery and would go on to lead the English to victory as King Henry V, at Agincourt, in 1415.

What is astonishing is Bradmore’s skill and knowledge for the time. This is just 50 years hence from the Black Death which claimed the lives of a third of the population of Europe. A time when other physicians would likely strap a live chicken to a wound in order to draw out the miasma. Clearly, Bradmore was a man ahead of his contemporaries. Not only was his medical insight and surgical technique superlative, but he also had a knowledge of asepsis that would be relevant today. The use of honey is telling. This amazing mixture of bee spit, pollen and nectar is a wonderfully effective antimicrobial. Honey’s high sugar content together with natural immune compounds present in bee saliva makes this delicious comestible extremely effective at destroying bacteria. Indeed, it is this very property that makes honey a useful treatment for infection in these days of antibiotic resistant organisms. Also, we should not deride the skill of the unknown blacksmith who made the instrument. Without modern power tools, he would have had to cut the spiral screw grooves in the metal handle by hand. This was no easy task. A high degree of precision was demanded in order for the device to work at all.

The prince had indeed been favoured by the god’s of war to be served/saved by men of such consummate ability. The local chickens, also, did rather well not to have their feather’s ruffled or sullied, that day. 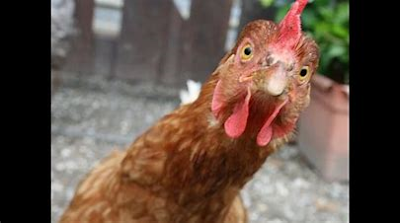 Update: This is hot off the press-the video is 6 hours old at the time of writing. I've added a video from Matt Easton concerning the effectiveness of arrows against 15th-century  plate armour. Well worth viewing.