Socrates Has the Best Answer 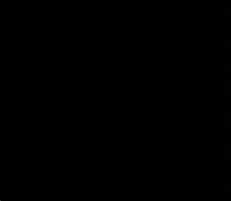 Jewish Heaven- please do not  adjust your set

I'm just putting the final touches on my third post in the much-vaunted series, 'On War'. To break up the bellicose monotony I felt moved to intersperse a post concerning the oft-misunderstood topic of ancient Judaic and early Christian concepts relating to what happens after we die.

Humankind is obsessed with death and the question of what happens after we die. Tis the final great mystery. To be fair, there is no intellectually satisfying answer to this question. If we are, to be honest, we must throw our hands up in the air and state: we don't know. This has not stopped speculation on the matter. Religions, numerous, and the Christian religion, in particular, have an unequivocal answer- yes there is an afterlife, although when pressed, religious leaders are unable to provide specifics, except the Jehovah's Witnesses- they are very specific; they are always specific. Tis to be noted that many Christian sects denounce the JWs and do not consider the adherents as Christians. And likewise, the JWs are more than happy to return the compliment. For simplicity, and for the sake of consistency, I'm happy to exclude Jehovah's Witnesses from the Christian fold and covenant.

Returning to the beliefs of 'Real Christians'. What is the Christian concept of heaven; where is heaven to be placed and what do we actually do there as we ride out an eternity? If we are to accept that Christianity is founded upon Judaism, then we would do well to examine what Judaism teaches about the afterlife, in the centuries before Jesus' birth, and subsequent to his demise (arbitrary divisions). Also, what do modern Jewish scholars think happens after we draw our final breath?

For Jesus' historical antecedents, the above question is easy to answer: there was no expectation of an afterlife. The Torah (first five books of the old testament), if you dare to read, have nought to say upon this matter. All that can be inferred is that your corporeal existence is your Lot. No heaven or 'Great Mystery' was to be asked or answered. Perhaps it was why the ancient Jews (and modern Jews) placed, and place, such a great emphasis on doing good and doing no harm during, this life. This is the core essence of Judaism to this day, the so-called: Golden Rule. It could be argued that any further admonishments/ embellishments are just/Just commentary- go read. This universal view began to change, in some Jewish circles, at least, during the 6th BC century. Thoughtful Jews began to ask: ''how come the righteous in this life suffer, while the rich and the wicked prosper? Surely this is blatantly unfair?'' This line of thought may have become popular at about the time Jerusalem was sacked by the Babylonians and many Jewish families were marched off into exile.

While it is true that there is virtually no mention of an afterlife in the written Torah, the oral Torah speaks volumes. I will not go into why the oral Torah became into being, how it was promulgated and why it was thought necessary after 70 AD to put forth into writing.  In essence, the written oral tradition (surely an oxymoron) is but a commentary on the Torah developed by Jewish scholars over many centuries. Anyway, although it is difficult to extract a coherent and consistent 'after-life tradition', certain elements are worthy of comment. When God made Adam, he did so by breathing 'divine breath' into inanimate mud to create life. Interestingly, the Hebrew word for spirit and breath are the same (ruah). And expanding on this theme, we can see how the ancient Jews could conceive of death as a time when the last breath (spirit) leaves the body. Aspects of Judaism began to, as I understand it, perceive a reawakening of life when the physical body and the spirit (breath) come back together. This will occur en masse on a future judgement day (End of Times). Living corpses, deemed righteous and worthy will reside with God, forever. The naughty folk will be destroyed. To be honest, this view is not universal. By Jesus' time the Pharisees believed something like this, although the conservative Sadducees appear to have abided by the teachings of their ancestors, in that, there was no existence after death. Both the body and the soul would cease to exist. From the gospels, it is reasonable to infer that Jesus' pontifications on the afterlife were in tune with what the Pharisees expected. In this regard, consider the parable of the 'Sheep & Goats' (Mathew's Gospel). This is the view of most modern, critical bible scholars on how Jesus viewed the afterlife. That said, not all serious scholars agree. Jesus' teachings are not always internally consistent throughout the Gospels. This likely has more to do with how the unknown gospellers interpreted Jesus' teachings, within their own doctrinal context and prejudices, rather than due to the original teachings of the Nazarene.

Modern lay Jews, if they have an opinion on the matter, are likely to stick to the Pharisee's interpretation. This also seems to be the majority viewpoint amongst Rabbis. Judaism has always been a religion of 'this life', as already mentioned. Modern Judaism reflects this ancient tradition. Furthermore, Jews are becoming increasingly secular in their thought. There are, however, ultra-conservative sects that remain strict in their observance of the Law and the tenets of Judaism. From my observations, a significant proportion of Jews are 'unbelievers' however, they continue to practise Jewish rituals, to a lesser or greater extent, as a consequence of strong cultural associations and identity. In addition, there is a minority perspective that speculates that even the 'ungodly' will eventually be saved after a relatively brief period in some form of purgatory. This is akin to Catholic doctrine. Though, as I understand it, purgatory, in the Catholic tradition, is a place where 'the good/godly' go to be purged (tis in the name, after all ) of their sins before being allowed into heaven- this is not an option for the naughty- straight to the hot place, for eternity, for them.  The Jewish doctrine of purgatory seems a tad more humane than the Catholic version. And let's be honest, with our knowledge of human nature, to the fore, a more sensible and ultimately practical, proposition.

And finally, I'll consider the early Christian stance and thoughts on the 'thereafter'. I think it is fair to state, that the earliest Christians (they were born Jews, after all), adopted the mainstream Jewish doctrine, of the time, with regard to the possibility of an existence after death. Christianity's future (and virtue) lay, not with the Jews, but with the Greek-speaking gentiles of the Roman Empire. Gentile converts immersed in Greek concepts of life and death undoubtedly had different ideas from their Jewish contemporaries. And these ideas and concepts were well established amongst the ancient Greeks and differed significantly from Jewish notions. It is fair to state, that the Greeks considered their own teachings, culture and philosophy vastly superior to those of different cultures, including the Jews. Therefore, Greek-speaking converts added their own Greek philosophic concepts to Christianity, and this included their own pagan Greek ideas of  'life after death'. And it is these concepts that would form the basis of Catholic philosophy, eventually- Jewish doctrines were to be discarded, willy-nilly.

Tis enough for one post. I will go into more depth on the topic of 'Early Christian Thought on the Afterlife' in a second post. Also, I would like to look at how the concepts of Christian Heaven and Hell developed over the centuries culminating in the dominant views of the various, major Christian denominations. This may develop into another enthralling series.