The Triumph of Science in the 17th Century 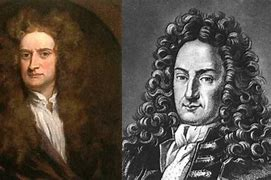 Following my much awaited previous post: ‘The Life and Times of Sir Thomas More: an Exposition in Sepia’, I thought it profitable to introduce a topic very dear to my heart- the rise of science in the West, during the 17th century.

Our modern world owes much, and has been shaped by the rise of the scientific process in the 17th century. The noted men of science, in the 17th century, are of a different intellectual temperament than their predecessors in several, important and fundamental ways: they no longer demand the asceticism that the ancient and medieval scholars felt was of paramount importance. Previously, a hypothesis had to be ‘beautiful’ or ‘perfect’ according to prevailing notions. Thus, celestial motions had to be perfectly circular as a circle was deemed a perfect figure, according to ancient Greek philosophers. When Kepler, in the early 17th century demonstrated that the planets followed elliptical orbits, contemporary savants were horrified (it was going to get a lot worse); scientists began to understand the importance of astute (and accurate) data gathering as an important prelude to formulating their theories. This was something that many found irksome but necessary for exactitude; the application of the scientific method. The scientific method is simplicity itself but had been sorely neglected, or undervalued, in preceding centuries due to the baleful intellectual influence of the great ancient Greek philosophers who favoured deduction over induction; the break with the philosophies of Plato and Aristotle. The works of these great ancient philosophers were held in great intellectual esteem even though these works had been formulated nearly 2,000 years ago. Men of intellectual quality, in the 17th century, came to realise that Plato and Aristotle were in error on all areas of their ‘scientific’ endeavour.’ They began to realise that the reverence for these ancient Greek scholars had stymied scientific investigation for 2,000 years. This was a shock but also a goad to press on into exciting uncharted scientific territory, anew. There are other salient factors to be considered, however, these are of lesser importance and for brevity they will be omitted (arse, bucket akimbo, arse).

Clearly, the 17th century was an amazingly fertile period for scientific investigation. The word ‘genius’ is banded about with sickeningy frequency in our modern world. Let me be clear: Newton was a genius and so was Tesla- John Lennon, for all his talents, was not. The list of individuals, of true genius, during this period is astonishing and without prior precedent. Let us ponder a few of the greatest scientists in history.

Galileo (1564-1662) kicked off and founded the scientific revolution although it is undoubted that he was influenced by notable and important, earlier savants: Copernicus; Tycho Brahe and Kepler. Galileo is remembered for his work/laws on motion- I don’t have space to write about them here. Galileo was also the first to use the new fangled (not a real word) telescope thingy to scour the heavens and made some very significant discoveries in the field of astronomy. His astronomical observations and his acceptance of the heliocentric model quickly aroused the ire of the Catholic church and poor old Galileo was forced to recant, thus destroying Italian scientific investigation for centuries to come.

Newton (1642-1727) is an extremely interesting topic for discussion. I wrote a a post about him several years ago: find it here. Newton was a genius’s genius, a man of profound intellectual gifts, but he was also exceedingly odd. Although scientific in the conventional sense, he performed a lot of work in the area of Alchemy in the misguided notion that he could turn lead into gold. He was extremely pious, secretive, disputatious, petty, peevish, timid and a life long virgin. For all his genius he would have been a rather dull dinner guest. Newton contributed to the science of optics, light, astronomy (invented the reflecting telescope), formulated the theory of ‘Universal Gravity’, formulated his famous three laws of motion and founded integral calculus. Quite an achievement for one man! In addition, Newton wrote voluminously on religious topics, multi-various (twat).

Gottfried Leibnitz ( 1646-1716), deserves a honourable mention. Although not primarily concerned with science, he made innovative contributions to mathematics, including being the co-founder of differential and integral calculus, with Newton, and created the modern binary system. As an aside, Newton and Leibnitz did not collaborate on the discovery of integral calculus (nuff said). Leibnitz was essentially a philosopher, and his contribution to philosophy was the introduction of Monads, go read, for it makes for an interesting story. I will say no more about Leibnitz as most of his work is outside the remit of this essay, except, that to my mind, he ranks as one of the greatest intellects to have ever lived, together with Newton, Pythagoras and Archimedes (prove me wrong in the comments- if you dare).

There is a litany of great men who made their indelible mark on science, in the 17th century. Here is a list (not exhaustive, nor complete) of the prominent, great men of science, of the 17th century. Each made admirable contributions to science and/or mathematics. Sadly there is no space to consider these men in detail, each require a separate post; keep tuned in: Blaise Pascal; Robert Hooke; Van Leeuwenhoek; Huygens; Halley; de Fermat and etc, and etc.

We are apt to forget the singular and profound importance of the 17th century as a modernising influence on the men of intellectual quality who subsequently changed the world. Most of our modern science is based on, and follows upon 17th discoveries. Perhaps of more importance is the change in the temper/timbre/tempo of mind that occurred. Nothing in the past could compare, and it remains with us today as a thoroughly modern scientific mindset. What a legacy! The importance of this intellectual revolution is worth stressing, especially because of its rapidity in societal terms: in the year of our Lord, 1600, the mind set of educated men was medieval; in 1700, the mind set was thoroughly modern. In England of 1600, witchcraft trials were still in vogue; this would have been unthinkable 99 years later. In addition, human kind had been humbled. No longer was our insular little bubble the centre of the universe. Everything had to be revaluated in terms of our utter insignificance. Church doctrine lagged behind, by degrees. The Catholic church outlook is essentially medieval to this day.