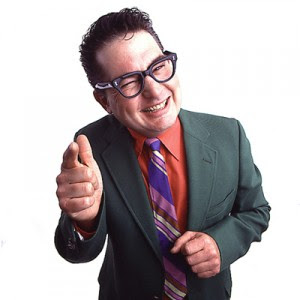 Estate agents get a bad press, right up there with second-hand car salesmen. Selling real estate is not an easy job, but in times of boom, they make a hell of a lot of money. And mayhap the profession attracts those with questionable ethics. Over the years I have bought and sold eight houses both in the UK and New Zealand. On reflection, my dealings with estate agents have been positive and I’ve been impressed by their dedication and professionalism, until now.


When we bought our retirement property the estate agent involved seemed professionally confident and superficially charming. She told us how she became an estate agent after dealing with a particularly dodgy practitioner. In hindsight, this was an obvious ploy to gain our trust and to lull us into a false sense of security.


The first warning sign came when we were in the late stages of price negotiation. Eventually, we agreed on a price and everything seemed tickety-boo. When we received the final document an extra $20,000 mysteriously appeared on the contract. When I confronted the agent, she said it was an error. No shit, say, I. But it was going to get worse.


When we had signed the contract, the estate dealing with our current property asked to look at the contract. She was looking for a certain clause that would be to our detriment and she duly found it. The clause, ‘the 5-day cash out clause’ can be invoked if the vendor receives a better offer even after the signing of the contract. We had the option to withdraw from the agreement within a 5-day period after being served notice.  Alternatively, we could place a 10% deposit and be bound by a 6-week settlement date. At this time, we hadn’t sold our house, which meant we would end up with a bridging loan. We were loath to withdraw our offer, not only had we invested a $1,000 in building reports and legal searches, but the property was a perfect fit for us, in every regard.  Now you could say that we should have read the small print on the contract, and I would agree. And we should have had a solicitor to check over the contract before signing. And again, I would agree. Tis our own fault. That said, after purchasing 4 properties in New Zealand, I have never come across this clause before. And let’s be honest, who reads the fine print, anyway? (Flaxen, that is what you pay solicitors for, you daft sod). It appears to be s new innovation in the NZ house market. Bugger, Say I! I have been a fool (caveat emptor). The difference between being a fool and being stupid is that I don’t intend to ever make the same mistake twice. As I don’t intend to move again, this probably represents a theoretical appreciation.


Subsequently, we have sold our house and it means that we will incur the financial inconvenience of a 10-day bridging loan- a total cost of about $1,000. But there is hope. It appears that our estate agent is obliged, by law, to inform us of this most majestic and controversial of clauses. This she didn’t do. So, we have grounds to report her to an independent body which investigates complaints against real estate folk. Indeed, just to show what a wretched individual our estate agent turned out to be, we caught her out on two separate occasions, downright lying to us. Double bugger says I! But what do you expect, she’s an estate agent, after all.


So, gentle readings, is there anyone out there in the firmament, with a similar case of woe whilst selling or buying a property? If so, feel free to share your pain.