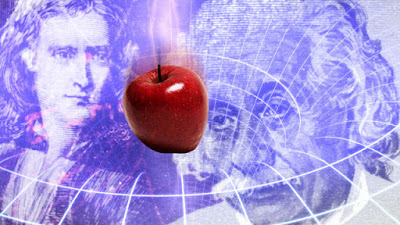 Who is the greater, now that's a thought

Gravity, we take it for granted, we really do- but was is it, really? The concept was first given a sound rational and mathematical basis by Sir Isaac Newton in his Magnus Opus, ‘Principia’, 1687. But it was not always this way.


The ancient Greeks had their own ideas of why objects moved. The Greek/Macedonian philosopher, Aristotle of the 4th century BC, had worked out a system based on pure thought and a little empirical observation. Aristotle had some very strange ideas, many of which were not questioned for nearly two thousand years- such was the authority of this Great Man. Aristotle's concept of motion is very odd to the modern mind and follows naturally on from 'Aristotelian metaphysics'. To fully understand the concept of motion in Aristotelian terms requires a thorough drenching in Aristotelian metaphysics, a chore I have no intention of attempting here, so a brief summary concerning Aristotle's 'notions on motions' will have to do. According to Aristotle, motion on earth was due to the application of force- not an unreasonable and a correct supposition. Without an applied force there can be no motion. Why an object continued to move after the applied force was removed bothered the ancient Greeks. The concept of inertia did not occur to them. Aristotle believed that everything was composed of four basic elements: earth, water, air and fire. Amongst these elements like attracted like. Thus if you held out a rock and dropped it, the rock would fall because it was attracted to 'like', the bigger rock, the earth. His next class of explanation concerned the movement of the 'heavenly bodies.' Remember, Aristotle, like most ancients, thought the earth remained stationary and that the sun and other heavenly bodies moved around the earth in perfect circle. The movement of these objects was caused by the 'Prime Mover', the ultimate artificer, which we would equate with a deity. As the 'Prime Mover' was by definition, perfect, the motion was perfect and the perfect geometric conception for the Greeks was a circle. I will not delve into the ancient concept of motion any longer, except to say it was extraordinary wrong but extraordinary influential for many centuries.

Isaac Newton worked out the laws and concept of motion which lay folk recognise as modern and it was he who proposed gravitational force to explain motion on earth and in the heavens. Newton's concepts did not arise from an intellectual vacuum and his work was influenced by eminent antecedents such as Kepler, Copernicus and Galileo. Simply stated, gravity is an attractive ‘force’ between two bodies dependant on relative mass and the distance between the two bodies. As mass increases so does the gravitational force of that mass. The attractive force between two bodies decreases as the distance between the bodies increases. Newton deduced that the decrease in attraction follows the inverse square rule. Or in other words, doubling the distance decreases the force by a factor of four. Gravity keeps us firmly planted and explains the motions of the moon, planets and even the sun with a high degree of predictability. Gravity is considered one of the four, fundamental physical forces in nature. We feel gravity on earth as a primary force because in relation to us feeble humans, the earth is very large.


Using his concept of gravity, Newton was able to provide an explanation for the motions of the planetary bodies which proved astonishingly accurate. But there was a problem which puzzled Newton and his learned contemporaries. How could two bodies separated by a great distance experience attraction? What was the mechanism involved? How could the sun 'detect' the earth and 'pull' it toward itself? Although Newton was able to describe the effects of gravity, he failed to understand it and never proposed a mechanism of action.


According to Newton, the laws governing motion and gravity were universal and applied to all bodies of mass regardless where they sat in the cosmos. The forces acting on an apple falling from a tree were essentially the same for the moon orbiting the earth. Newton was able to describe motion with the precision of a Swiss watch, or so he thought.


The Newtonian world view was shattered by an unassuming patent office clerk in the 1900s. Einstein's theory, of 'General Relativity' proposes that gravity is not a force at all but the consequence of mass warping space-time. Mass causes space to bend and the 'bent space' determines how mass moves. The greater the mass, the greater space is bent. This is not an intuitive concept, especially as most folk envisage space as not having any discernable  properties. Space is supposedly empty, isn't it? And to make things more interesting, mass also affects time as well. Thus mass, time and space are interrelated phenomena. Space consists of three dimensions and time simply adds a further, fourth dimension. Although, difficult to contemplate, Einstein's 'Theory of Relativity' has proven the best model we have to explain reality. The best analogy is represented in the 'rubber sheet' model represented below. As you can see, a large round object is placed in the centre of a tethered rubber sheet. This object causes the sheet to bend. Another object placed on the sheet will fall toward the dip in the sheet and therefore be 'attracted' to the large object.

Of course this simple illustration only utilises two dimensions. In the real situation we have to factor in at least two further dimensions and perhaps more. An explanation of why mass causes space-time to warp requires a consideration of the concept of 'stress-energy tensor'. A discussion of the physics and sadly, mathematics, is beyond the remit of a simple blog post. For those endowed with an adventurous intellectual spirit, I advise a Google search.


So there you have it, gravity is both subtle and weird, just like this blog. 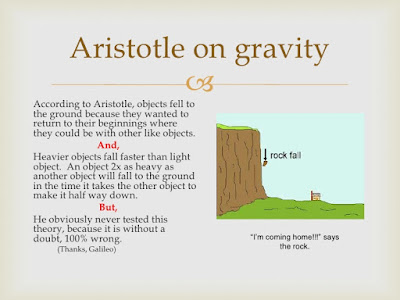