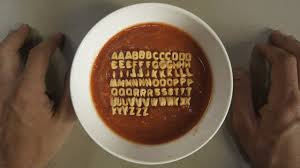 Obsessive Compulsive Disorder (definition): An anxiety disorder in which people have recurring unwanted thoughts, ideas or sensations (obsessions) that make them feel driven to do something repetitively (compulsions).

I wrote about Obsessive Compulsive Disorder (OCD) a couple of years ago, of course, with a humorous slant. About 2% of the population is burdened with this condition- this refers to the proportion of the population exhibiting frank pathology. OCD generally manifests in childhood and the symptoms are progressive in nature with most folk diagnosed by about 19 years of age. The percentage of the population with sub-clinical OCD is much higher. Whether we count cracks in the pavement or touch lamp posts as we pass by, tis but a minor distraction and most sensible folk thus afflicted realise the malady as such and keep the silly aspects to themselves, or perhaps share with serious close friends, if we have them.

In my previous post I documented my rather tame experience with OCD. My OCD consists of a mild disquiet of things left undone. Did I turn off the stove? Did I remember to add a critical reagent to an in vitro culture at a crucial time? The answer is always an unequivocal YES. However, this is where the irrational aspect kicks in: can I be absolutely certain that the action has been undertaken? The answer is an unequivocal NO. No one can be absolutely certain of anything unless they are irredeemably stupid. In my instance its a relatively benign behavioural phenomenon and inconvenience. But when it strikes it invariably strikes at 4 o’clock at night when I’m tucked up cosy and warm in bed. The alien thought intrudes initially as a small germ within my mind. At this stage, I usually ignore the small but nagging doubt. This is always a mistake. The longer I ignore the uninvited intrusion the more it grows. The germ begins as a single cell but starts to divide and grow in proportion to the time ignored, exponentially. Inevitably I have to get my sorry arse out of bed and go to investigate the cause of my irritation. The oven is off and cool to the touch. But this does not stop me from checking that all the knobs are in the 'off' position at least three times. Of course, as always, the rational portion of my brain is vindicated and the irrational part is satiated, for now.

My boss and friend is an individual possessed of a most rational persona. He is measured, logical and very smart. A more sensible man it would be hard to find. And yet he has a compulsion to clean. Actually, it is not so much cleanliness that assails his psyche but more a sense of tidiness and order. His house is tidy to the extent of sterility. You would think his wife would be overjoyed, but this is not the case. He will often clean around her while she is still eating- pisses her off, no end.

OCD is a classic spectrum condition. I refrain from using the word ‘disorder’ as this implies pathology and for most folk, this is not the case. At the extreme end of the spectrum, OCD can be a catastrophic life-changing condition. For many, such as myself, it may involve a simple routine, oft-repeated. It never impinges on normal life and should be considered as a mere quirk. I’m full of quirks and idiosyncrasies. This is not clinical pathology but a simple expression of my frail humanity and complex psychological makeup. For the 2% of the population at the other end of the chain, the condition can become a neurological disability of epic proportions: repetitious behaviour, mundane and stereotypic. The actions, often simple in nature, become overwhelmingly compelling thus interfering with normal life activities. This irrational and often ritualistic behaviour cannot be broken without dire psychological and in some instances, physiological consequences. Those at this extreme edge are relatively rare and few are blighted to this extent.

There appears to be a genetic component although the genetics is poorly understood and a diagnosis is arrived at by clinical criteria alone. Certainly, identical twins show a concordance of the disorder higher than predicted by chance. Thus, OCD can be seen as a classic polygenetic aberration with many genes having a cumulative and adverse effect. It cannot be ruled out that there are environmental factors, such as stress, or bacterial or viral infections acting as an initiating event.

Do any of my readers have OCD, either expressed as pathology or expressed as a minor inconvenience? I would be interested to hear of any experiences my esteemed and loyal readership would like to share. I suspect the non-clinical variety, especially in developed societies, occurs at a relatively high level. This is not surprising as it is extremely easy to hide minor expressions of OCD. Also, folk may rationalise repetitive behaviours to an extent where it feels and appears normal: good for them say I!

OCD is a fascinating topic for analysis and discussion, especially at the ‘low end’ of the behavioural spectrum. I have long become accepting of my OCD and I’m reconciled to my odd behavioural activities. Indeed, my quirks relating to OCD are very much part of my psychological make-up and they hold no terrors for me. For the most part, my ‘rituals’ are not obvious to others, even my close family, as I do not advertise or draw attention to my actions. They are performed in silence and in no way interfere with the expression of my daily activities.

Anyway, I must go, I have suddenly become overwhelmed with the nagging doubt that I have forgotten to burn down my neighbour’s house. Clearly, this possible oversight, although unlikely, requires my immediate attention....... 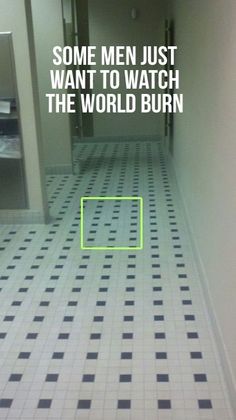