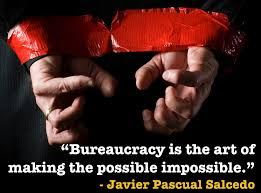 Many years ago I worked for the National Health Service (NHS) in the UK. During that time I contributed to a government backed pension scheme for nearly 14 years. As I’ve recently taken early retirement I thought it would be a good idea to initiate the pension in order to bask in the guttering light of its pittance.

Problem One: Before I could receive any information about my pension it was necessary  to establish my identity to the satisfaction of the 'Authorities'. Personally, this is not a problem as I’m well aware of who I am, a few philosophical doubts aside. However, it was necessary to establish my identity to the satisfaction of the pension authorities back in the UK. I understand, identity theft is rampant and consequently unequivocal true identity establishment is of paramount importance. Helpfully, the agency directed my aim to a number of independent organisations willing to check my credentials. I picked an organisation at random and completed the online form. I submitted my details and promptly received notice that the company could not confirm my identity. This was a little frustrating as no explanation was forthcoming. Never mind. I went on to the next cited organisation and completed and submitted their online form. Again, my application was rejected. A pattern seemed to be emerging. Undaunted and being of a sanguine disposition ( I’m particularly in tune with the word’s original definition) I persevered unabated and completed a further four applications with the same ultimate result. Surely, this is the definition of madness? I can only surmise that my lack of residence in the UK is somehow connected with my ‘non-existence’. As a practising solipsist, I contemplated the implications with rising terror and dread. Perhaps I did not exist except in a mad daemon’s dream? A sort of solipsism by proxy. My head reeled in reflective speculation. After consuming ten pints of homebrew and running naked around my property I finally concluded that I did exist and that the NHS pension agency was a complicated arse hell bent on making people’s lives difficult and tragic.

Considering that it is estimated that 5 million British folk live outside the UK I suspected that this issue may have been encountered before and therefore there would be a ready solution to the dilemma. But this was not the case and the lack of further information pointing to a remedy was becoming annoying.

Problem 2: To solve the problem I needed to contact the NHS to determine an alternative route to my verification. I scoured the site for a relevant email contact but could find none. I had to settle for a contact email totally unrelated to my enquiry and politely asked if my request could be forwarded to the appropriate official. Several days later I received a reply from someone willing to help. The pension agency would write to my New Zealand address with a reference and information concerning my pension. Six weeks later I received the letter which enumerated my pension entitlement. To be fair it was more than I expected. All I needed to do was fill in a claim form.

Problem 3: I scoured the information I had been sent but nowhere could I find instructions about redeeming my rightful gelt. However, I was informed that if I had further questions I should access the suggested website. Once there I placed an enquiry on how to initiate access to my pension. My request elicited 967 documents neatly headlined ten per page. Mayhap the top item would be a portal leading to my aspiration for newly acquired riches? But the information provided was a load of cockwaffle concerning pension regulations and completely unrelated to my enquiry. Undismayed, I sent an email to my original respondent asking for a link to the relevant application form. And yea, after a three day wait I received an email promising a link to an application form. But first I just needed to confirm my identity……. 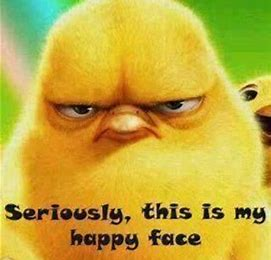